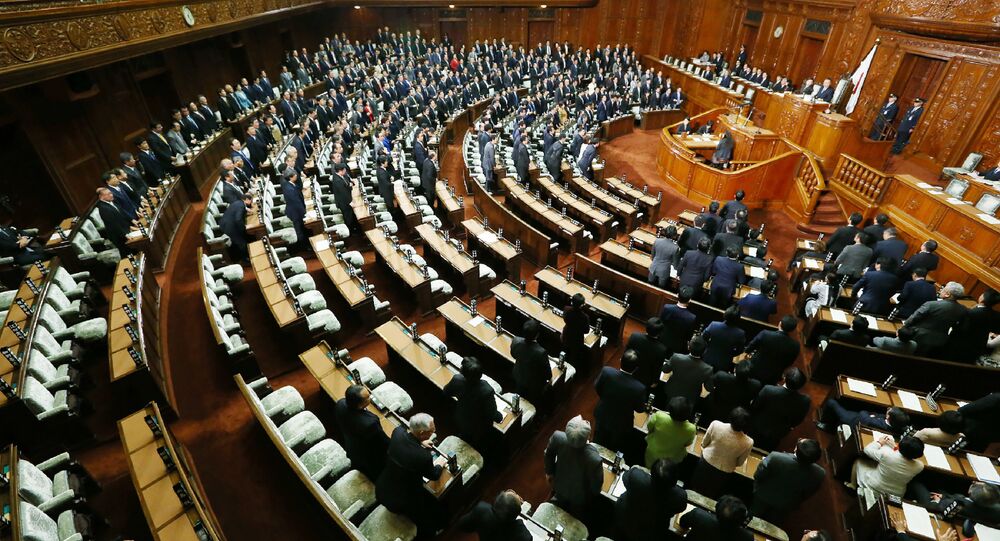 A bill that would penalize criminal conspiracies, including plotting terrorist attacks, won the approval of the lower house’s committee of the Japanese parliament despite protests from the opposition lawmakers, local media reported Friday.

© AFP 2020 / KAZUHIRO NOGI
Japanese Cabinet Approves Anti-Conspiracy Bill to Thwart Terror Attacks – Chief Secretary
MOSCOW (Sputnik) – The opposition lawmakers said during the vote that the bill, aimed to prevent terrorist attacks at the 2020 Tokyo Olympics and other major events, does not have a public support and was not discussed thoroughly, the NHK broadcaster reported.

The committee’s approval means that now the bill is eligible for a vote at the lower house of parliament and, if approved, could be transferred to the upper house.

The bill would apply to groups of people preparing to carry out terrorist attacks or other crimes one. The critics fear that the bill could increase state surveillance on labor unions and other civil rights groups, according to media reports.

In April, Japanese Prime Minister Shinzo Abe dismissed concerns about the bill, saying that ordinary people will not be subjected to the punishment.