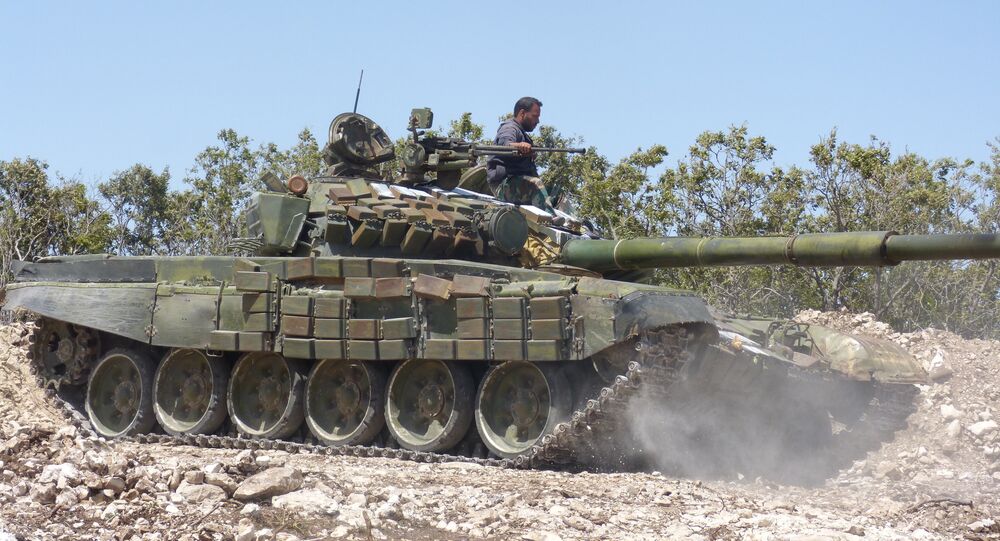 The Syrian army continues its assault on terrorist positions in the north of Hama governorate. It has recently liberated the town of Taybat al-Imam, which provides opportunities to advance further and disrupts the plans of terrorists who wanted to expand their zone of control in Idlib province through the territories of northern Hama.

Sputnik Arabic spoke with a Colonel of the Syrian Army upon condition of anonymity, who talked about the success of the assault. He said that the army and its allies were able to re-take the town of Taybat al-Imam due to massive artillery strikes and infantry attacks.

Upon their retreat, he said, the militants have blown up many buildings in the city.

The army, he said, has been advancing from the cities of Suran and Maardes, which it took under control several days ago. A massive attack from the two directions forced the militants to flee. The terrorists left part of their transportation behind in their rush to clear the area, including trucks with machine guns mounted on them.

On Monday, local media reports suggested that the Syrian government forces have taken control of 80 percent of the territory of Hama province. The army, it said, has successfully repelled multiple attacks carried out by Jabhat al Sham (formerly known as Nusra Front).

© Sputnik / Mikhail Voskresenskiy
Watch How the Syrian Army Squeezes Terrorists Out of Hama (VIDEO)
Several days ago, the army took the strategic heights of Tel Bizam, which greatly helped to take control of the city of Suran.

"Success in the northern part of Hama province is the result of a well-planned operation and an effort to correct previous errors of the assault units," a military source told Sputnik,

He added that after gaining control over the strategic heights and establishing its artillery there, the army has blocked the militants' ability to move around and make an attack.