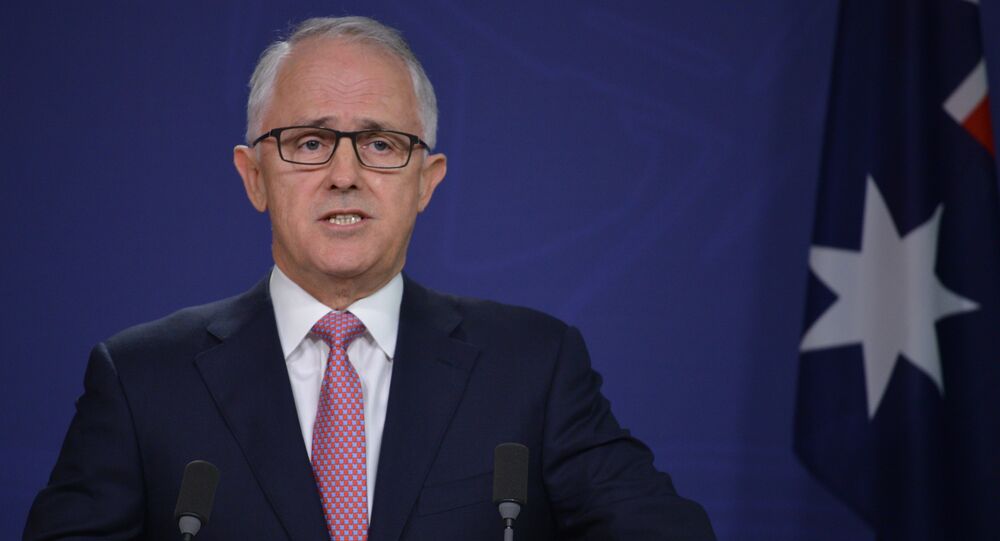 Australian Prime Minister Malcolm Turnbull has visited Afghanistan and Iraq in the light of Australia’s national Anzac Day in commemoration of country’s servicemen, who died in military conflicts

MOSCOW (Sputnik) — The Anzac Day commemorations are being held across Australia and New Zealand on Tuesday in order to pay respect to the members of the Australian and New Zealand Army Corps (ANZAC) who fought at Turkish Gallipoli peninsula against the Ottoman Empire during World War I.

“The Prime Minister has marked Anzac Day with a visit to the troops in Afghanistan and Iraq,” Turnbull’s office said on Twitter.

It has been an honour to meet the servicemen and women in the Middle East, to thank the Anzacs of today for their service. pic.twitter.com/MrkGH1f6AZ

​Australia first deployed its troops in Afghanistan in 2001 and withdrew major part of the troops in late 2013. In 2010-2017, Australia allocated $500 million to the sustainment of the Afghan security forces.

Australia participates in the US-led coalition of some 60 nations to fight against Daesh terrorist group, (outlawed in Russia, Australia, and many other countries), on the territory of Iraq and Syria.

Car Bomb Explodes Near US Military Base in Eastern Afghanistan

Mattis Meets With Afghan President During Unannounced Visit to Kabul