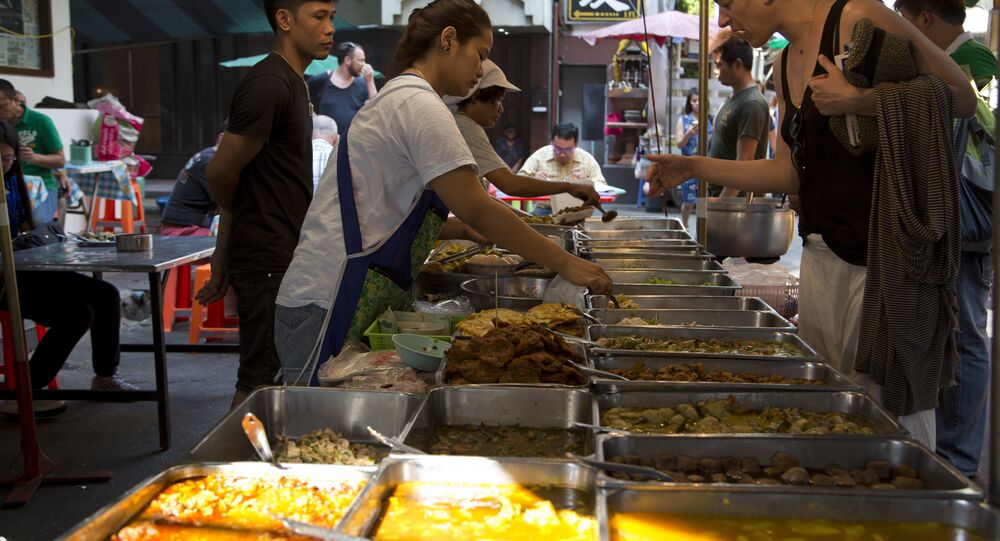 Nom Nom Nope: Bangkok to Ban All Street Food by End of 2017

Despite being a massive part of Bangkok’s culture and a charm for tourists, the city is planning to ban the sale of all street food by the end of the year.

The Bangkok Metropolitan Administration’s effort was announced on Tuesday, touted as a move to clean up the Thai capital’s streets. It is said to affect all 50 districts in the city.

"All types of stalls, including clothes, counterfeit goods and food stalls, will be banned from main city roads," Wanlop Suwandee, a chief advisor to the governor, told AFP.

© Wikipedia / Bartosh Dmytro
Like Bangkok, But Cooler: Thai Tourists May Visit Sochi… And Siberia
Suwandee explained that the government has turned a blind eye to illegal sales for “too long,” saying that stall vendors lead to increased litter and “chaos,” as they often block sidewalks.

"The street vendors have seized the pavement space for too long and we already provide them with space to sell food and other products legally in the market, so there will be no let-up in this operation," Suwandee told the Nation newspaper.

Those who oppose the crackdown are worried that it will hurt the city’s charm and tourism.

"If you want to clean out all the vendors it's like you are cleaning out our culture itself," Chiwan Suwannapak, who works for a Bangkok tour agency, told AFP.

There are thousands of people in the city who are employed by, or run their own, street food carts.

Eating Her Way Around the World: Street Food From Every Corner of the Globe