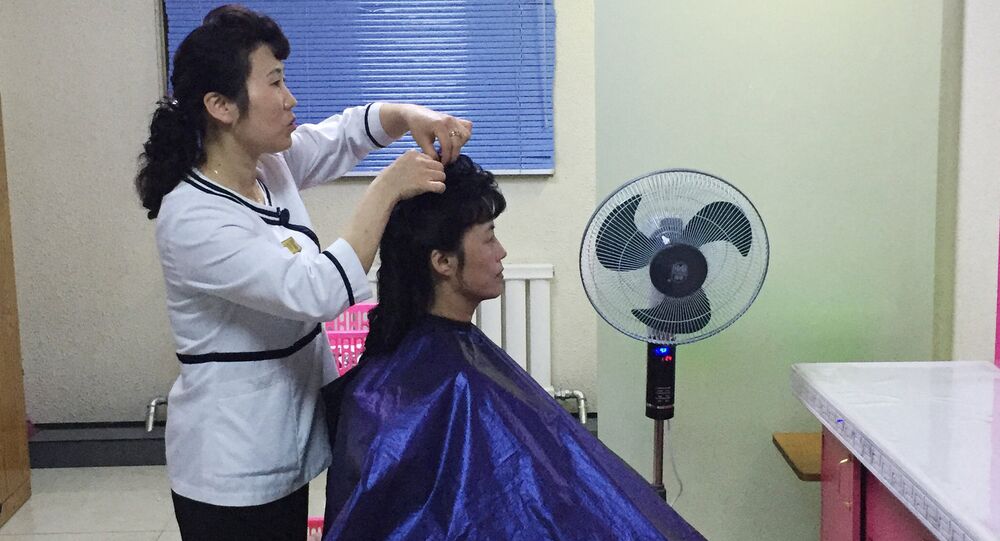 Visitors to the hairdresser in North Korea have a choice of 15 male and female haircuts, a Finnish journalist reports.

A Finnish reporter who spent a week in North Korea has shared amazing photographs of life in the isolated country, where few foreign journalists are allowed to venture.

During his time there, Makelainen shared several observations with his Twitter followers.

For example, visitors to hairdressing salons in North Korea have to choose from a list of styles – 15 each for men and women.

Equality in North Korea: Both sexes have 15 approved haircut models. You can forget about dyeing your hair though. #ylemaailmalla #pyongyang pic.twitter.com/U9CoYwLgt0

North Korean men can choose between 15 approved haircut styles. I had the most popular one — and it's not like Kim Jong Un. #ylemaailmalla pic.twitter.com/BvDCrgqg7R

​Surprisingly, Makelainen was able to buy Coca-Cola during his time in North Korea, although internet access was an expensive commodity.

Myth busting in North Korea: You can even buy Coca-Cola here, for USD 1.5 per can at Munsu Waterpark. Bottled in Denmark. #ylemaailmalla pic.twitter.com/pw1C8nsR6H

Part of the modern cityscape of #Pyongyang — not much traffic, but otherwise the futuristic scene could be from anywhere. #ylemaailmalla pic.twitter.com/yScnNHfS55

There goes another 500 euros to Koryolink (North Korea) for what is probably the most expensive mobile internet in the world. #ylemaailmalla pic.twitter.com/AEINzvotWm

​​He sampled North Korean beer and a local swimming pool.

Tonight it was finally time for a Taedonggang beer, the best beer in North Korea. #ylemaailmalla pic.twitter.com/wQFb0h3AyW

As you can see, nervous and panicked people in Pyongyang are ducking for cover today and busy preparing for the worst. #ylemaailmalla pic.twitter.com/GbpD8RjVRc

​​Makelainen traveled home on the North Korean airline carrier Air Koryo. After a delay in Pyongyang, he finally boarded the flight and arrived back in Beijing.

Good news: Flightradar24 confirms that Air Koryo JS151 is finally on its way from Pyongyang to Beijing, after a long delay. #ylemaailmalla pic.twitter.com/mZ7sVLIYoX

​​Makelainen, who works for Finland's Yle News, arrived in Pyongyang last week as part of a group of foreign journalists who were invited to observe the nation's most important national holiday.

On April 15, the country commemorated the 105th anniversary of the country's founder and former leader Kim Il-sung. The occasion is known as "Day of the Sun," and celebrations included a major military parade.

'If They Want Nuclear War, We Can Respond With Nuclear War' - N Korean Embassy