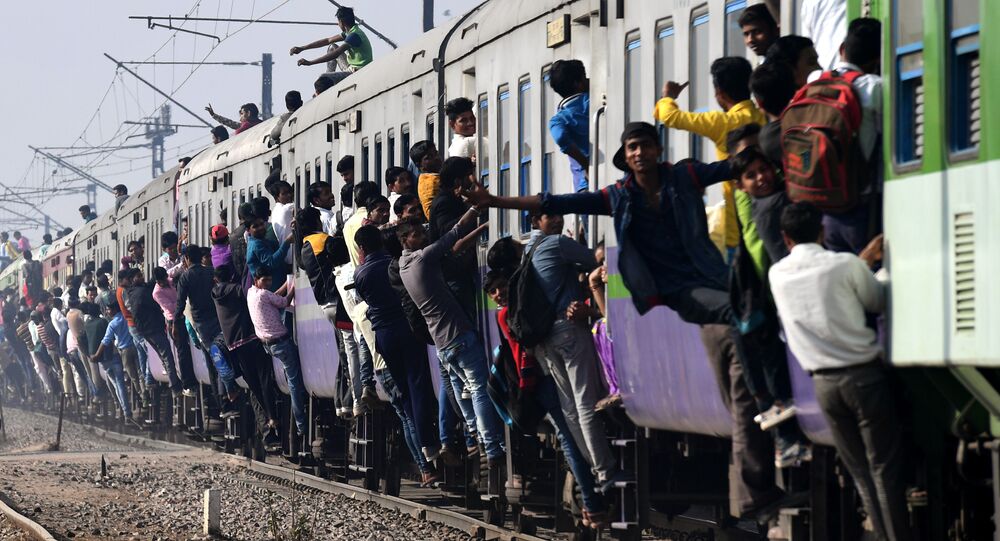 The authorities of the Indian Railways have issued guidelines and kicked off awareness campaigns following the death of four people who were taking selfies on a moving train in the eastern state of West Bengal.

© AP Photo / Rafiq Maqbool
Selfie Mania Triggers a Wave of 'Killfies' in India
New Delhi (Sputnik) – The incident occurred on Thursday evening when five people were taking selfies near the open door of the train that had just pulled away near Howrah. One of the five men slipped and fell from the train and three of his friends jumped to save him but were all crushed to death by a high-speed train in the opposite direction.

“We have launched campaigns in various media platforms urging people not to use a phone or listen to music while crossing the railway tracks and not to click photographs while traveling," Rabi Mahapatra, the chief public relations officer of Eastern Railways, said in a statement. "Photography inside the railway stations and the carriages is always strictly prohibited as these are considered restricted areas. However, with the emergence of phone cameras, people often take selfies.”

India leads the world with the highest number of selfie-related deaths, followed by Pakistan, the United States and Russia, according to a study conducted by Carnegie Mellon University. As per the study, 127 people died between March 2014 and September 2016 while taking selfies.

"India is in the grip of selfie mania and it is now becoming psychological, therefore teens should be advised to stay away from taking ‘killfies’. There is also a need to counsel these selfie addicts,” psychologist Nisha Khanna had earlier told Sputnik.