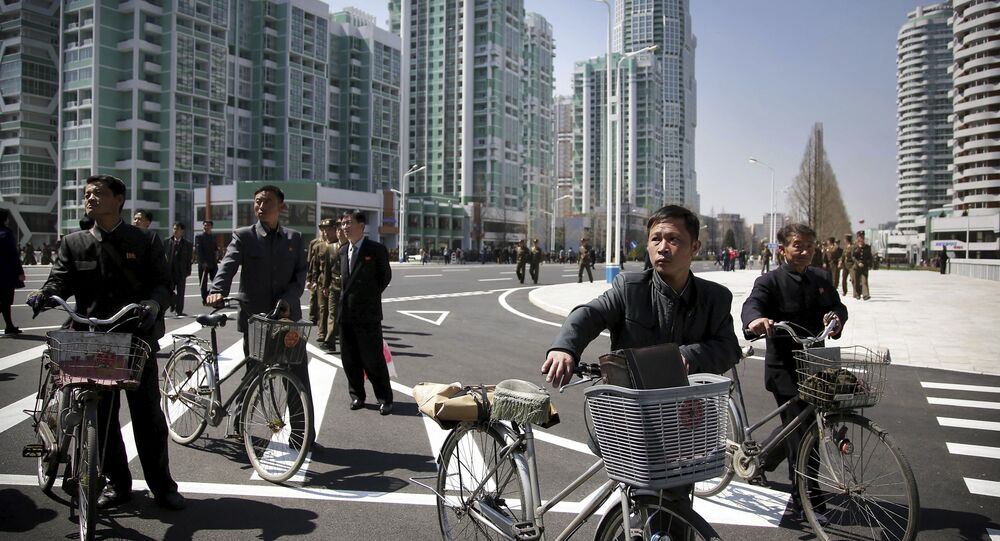 "From the viewpoint of the Trump administration's actions, it is difficult to predict. He has not yet formed a Korean team and there is a danger that decisions regarding North Korea will be made without taking into account the opinion of experts on Korea. This raises certain concerns," Matsegora said.

The ambassador added that he as a specialist on Korea with 40 years of experience would advise Trump to not carry out such strike.

On Thursday, the NBC channel reported, citing sources in the US intelligence services, that the United States could carry out a strike against North Korea if Pyongyang decides to complete another nuclear weapons test. The reports came out shortly after Trump told reporters that the issue of North Korea’s nuclear program "will be taken care of."

© Sputnik / Natalia Seliverstova
Russia Not to Speculate on US MOAB Bomb Deployment in N Korea, Syria - Moscow
Also on Thursday, the United States dropped its largest non-nuclear bomb, the 22,000 pound GBU-43, or Massive Ordnance Air Blast (MOAB) bomb, nicknamed "Mother of All Bombs," from a military airlift aircraft in eastern Afghanistan. The strike targeted an underground complex and tunnels allegedly used by Daesh (a terrorist group outlawed in Russia), killing at least 36 Daesh militants, according to the Afghan Defense Ministry.

Trump later stated he did not know if the use of the MOAB bomb sent any kind of message to North Korea.