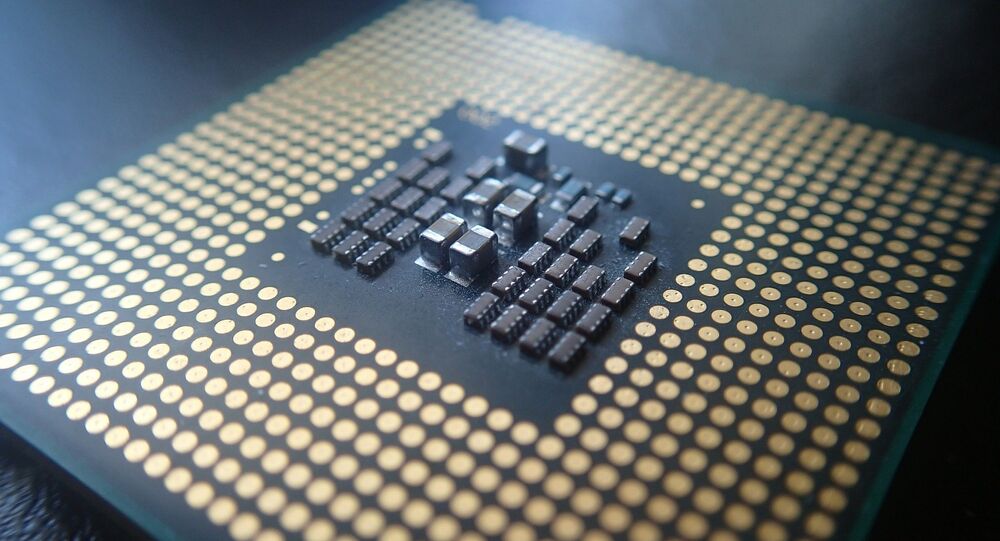 Chinese researchers are developing an advanced artificial intelligence processor that is expected to help China launch its foray into the global chip market; a whopping 1.4 million dollars has already been earmarked for the purpose by the Chinese Academy of Sciences, according to Xinhua.

© Photo : O01326
Powerful Tool: World's Fastest Computer Allows China to 'Predict the Future'
China's state-run news agency Xinhua reported that the country's Academy of Sciences has allocated a whopping 10 million yuan (1.4 million US dollars) for the creation of a sophisticated artificial intelligence (AI) processor  that is due to add to China's presence on the global chip market.

The new AI processor is named after the Cambrian Period of geological history, which saw life on Earth become infinitely more diversified and sophisticated.

It is due to provide tremendous assistance in simulating the functioning of human nerve cells.

Xinhua quoted the Chinese Academy of Sciences as saying that the Cambrian chip "is expected to be the world's first processor that simulates human nerve cells and synapses to conduct deep learning."

As for the hefty investment in the project, the money "will be used in basic research areas to explore the structure and algorithm for the next-generation of AI" as well as in the promotion of the Cambrian processor, which "scientists said is expected to spearhead a new era in AI," according to Xinhua.

It cited Chen Yunji, one of the heads of the Cambrian research team, as specifically pointing to a significant contrast between Google's AI program AlphaGo and the Cambrian chip.

"AlphaGo needs huge power and large servers to operate, but the Cambrian aims to perform at the same level, use just one watt of power and be the size of a smartphone or a watch," Chen emphasized.

In March 2016, AlphaGo paradoxically defeated the human champion in the Asian board game "Go" 4-1.

© AFP 2021 / Ed Jones
Having a Go: China Plans to Challenge Google's AI in Strategic Board Game
The victory of the computer, a brainchild of the UK company DeepMind, over South Korean professional player Lee Sedol, came as a shock for many computer science experts, who thought the current state of AI technology would not be up to the task of beating a top-class Go player.

The strategic game, in which players place black and white pawns on a board trying to surround each other, is mostly popular in Asia — so it comes as no surprise that China may want to have a crack at putting AlphaGo in its place.