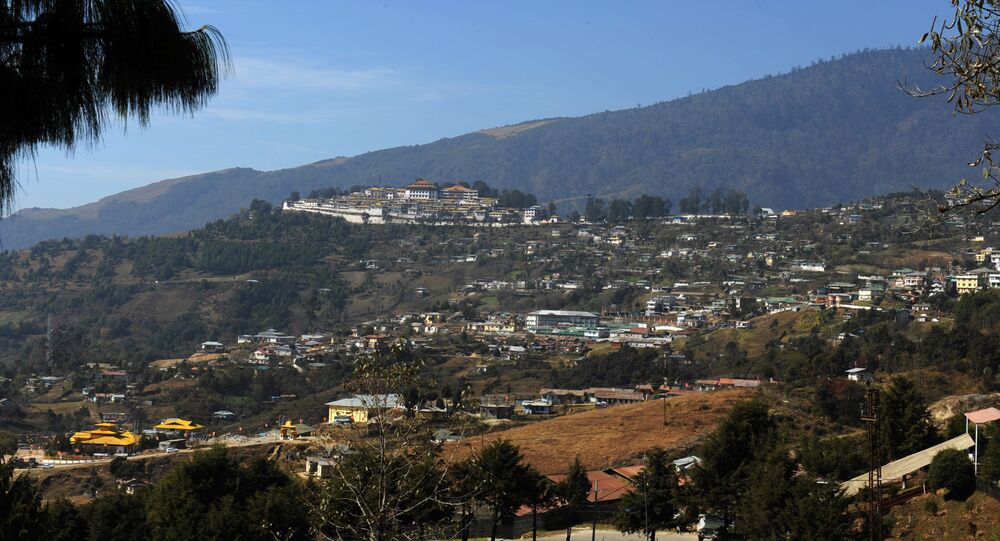 The Indian government has begun an ambitious project to connect the strategically important Tawang town in Arunachal Pradesh to the rest of the country by rail.

New Delhi (Sputnik) — The Indians defense ministry is footing the US $ 3 million feasibility study for the project almost 10 years after the  government had first planned the rail route close to the border of China.

China considers Tawang the southern part of Tibet while India has consistently maintained that Tawang is an integral part of India. Minister of State for Home Affairs Kiren Rijuju, who is also an Member of Indian Parliament from Arunachal Pradesh, and Manoj Sinha, Minister of State for Railway, will launch the feasibility study work of the proposed rail line on Saturday.

​Sources told Sputnik that the work will be monitored by the Indian defense ministry and it has allocated US$ 3 million for carrying out the final location survey of Misamari (Bhalukpong)-Tenga-Tawang strategic new line.

© AP Photo / Rajanish Kakade
India Burns Midnight Oil to Outdo China on Nepal Fuel Reserve
"China has not raised any objection to the proposed rail network which is very close to Tibet," replied a government official to a question on whether China could oppose this project.

The Indian government did not finalize the decision on the assessment of cost and the execution of the project but it is estimated that it will cost some $10 billion. The defense ministry will also be working on advance landing grounds for Indian Air Force which is expected to be completed by June this year.

"China has expressed strong opposition to India's decision regarding the Dalai Lama. We believe this decision goes against the promise made by the Indian government. We hope India will take effective measures and cancel the visit," Ma Zhanwu said on Friday. Once again, China conveyed to India that Tawang is disputed territory and India should avoid tangling itself with the Dalai Lama visit.

China's foreign ministry had met the Indian ambassador in Beijing last week demanding the cancellation of the Dalai Lama's visit to Tawang. The Chinese ambassador in India also gave a representation to India's ministry of external affairs regarding the visit.