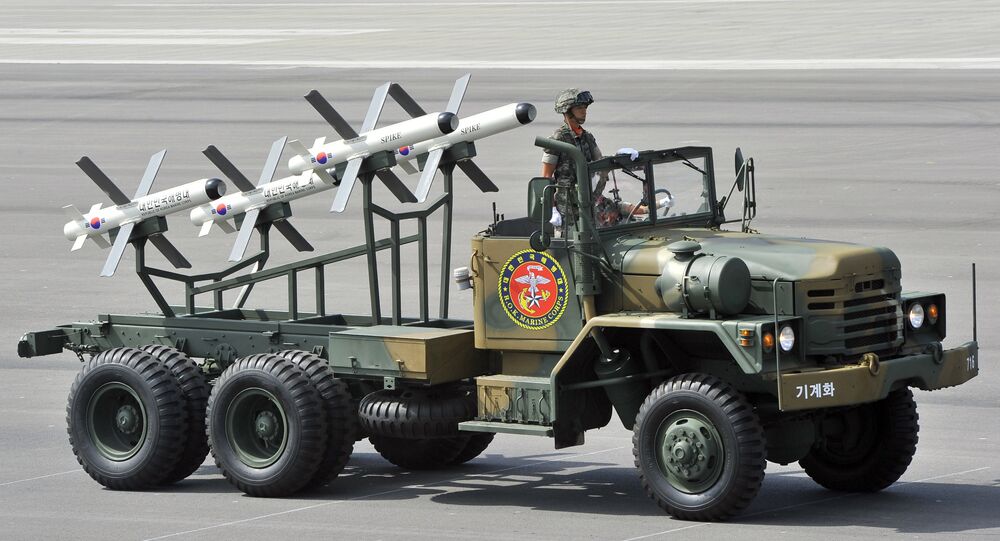 India is said to be keen to sign multi-billion dollar defense deals with Israel during Prime Minister Narendra Modi’s visit expected to be in mid-2017. The deals will be for anti-tank missiles, drones and other defense equipment.

Gurinder Osan, File
‘Hostage’ No More: India to Buy $1 Billion in Israeli Anti-Tank Missiles
New Delhi (Sputnik) — The stalled purchase of hundreds of anti-tank guided missile Spike is expected to get a fresh lease of life from the Cabinet Committee on Security under Prime Minister Modi under a $1-billion purchase plan in the next few days.

Sputnik had reported last month that India will go ahead with purchase of Spike missile despite the single bid situation. India’s defense procurement policy does not allow such purchase where only one company is eligible for tender. But the Indian government is keen to sign the contract with Israeli firm Rafael Advanced Defense Systems as it has agreed to transfer technology for the missile under Make in India project whereas contract may be signed for building 1,500 systems and around 30,000 additional missiles in India. In May 2016, India had finalized price negotiations for 275 launchers and 5,500 Spike missiles in completed and kit form.

The Indian government is also considering a proposal to buy combat UAVs Heron TP made by Israel. India may approve the purchase if Israel agrees to transfer technology to India under the Make in India project. Israel Aerospace Industries (IAI) had announced a new export-version of Heron TP on February 9, 2017. Sources said IAI has changed the capacity of Heron TP for countries that are members of Missile Technology Control Regime (MTCR). The export version of Heron TP can carry a payload of 450 kg. India became the 35th MTCR member last June.

“Indian demand for technology transfer is very important and in line with Make in India theme. Our past experience on technology transfer by various manufacturers has not been good. Most of them do not want India to become independent. We need foreign help in critical technologies like UAVs. We will need item-specific joint ventures with foreign firms,” said Air Marshal (retired) Anil Chopra.

© AFP 2021 / Sam PANTHAKY
India Considers Changing Military Doctrine
Currently, more than 200 drones, primarily Heron from Israel and locally-made Nishant, are serving the Indian armed forces. Earlier, Indian armed forces were hoping indigenous combat version of home-made drones will be inducted but the Defense Research and Development Organization announced recently that Rustom 2 will not be a combat drone. Indian scientists are yet to succeed in integrating a missile on the Rustom series of drones.