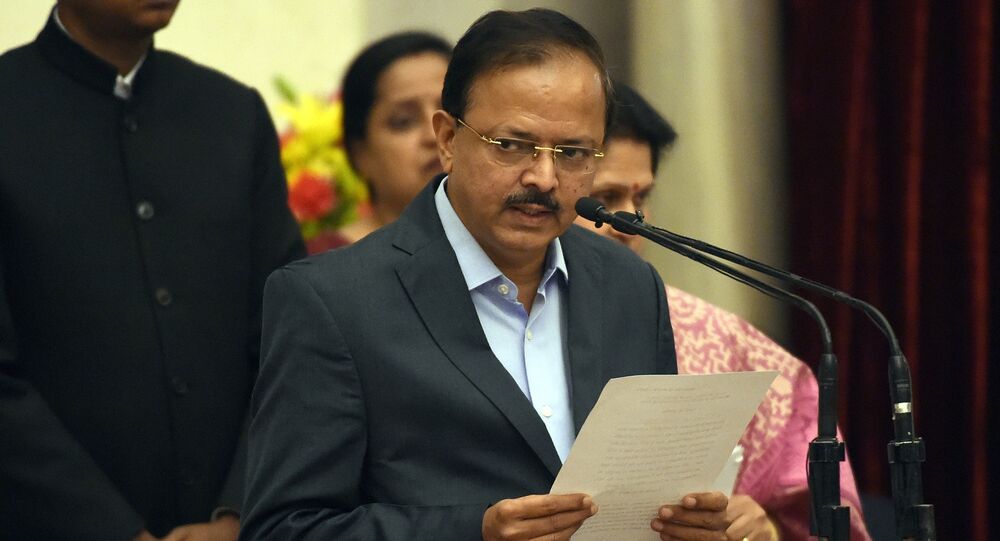 The Indian government has begun to keep a close watch on security threats posed by Chinese meteorological programs to modify weather in China. An expert says India should concentrate on getting more environmental intelligence data on the Chinese.

© AFP 2021 / Prakash SINGH
India Imports Petrol, Diesel From China Despite Many Disagreements
New Delhi (Sputnik) — Till now China has used weather modification for its own internal purpose, but Indian national security experts have been warning the government of the danger these programs can pose to India's national security.

The UN's Environmental Modification convention which came into force on October 5, 1978, does not allow any country to use weather modification for purposes China has used it for so far.

"Government keeps a close watch on all developments having a bearing on our national security and takes necessary measures to safeguard it," said Subhash Bhamre, India's Minister of State for Defense, on Friday.

India's security establishment has estimated that close to 50,000 people are working for Chinese weather modification units at more than 30 locations in China. More than 10,000 anti-aircraft guns and special rocket launchers are at the service of Chinese meteorologists, it is estimated.

"It is pertinent that India keeps a strict vigil on how China is using this technology because there have been a lot of speculation that China may use it against India by distorting weather to unleash flood and droughts in India. Though such speculation is only in theory, its practical application cannot be ruled out," said Ajey Lele, security expert at the Institute for Defense Studies and Analyses.

"As a counter-measure, India has to remain most vigilant on this front. India should see to it that China is following the UN directives on manipulation of weather. Environmental intelligence gathering should be tightened. Satellites and sensor technology combined with other methods of weather information gathering, especially at the border should be made more efficient to keep a strict vigil of Chinese activities," Lele said.

China has over 87,000 dams, many in areas close to India's northeast region, and they can be utilized to create havoc if Beijing uses water as a weapon in war-like situations.