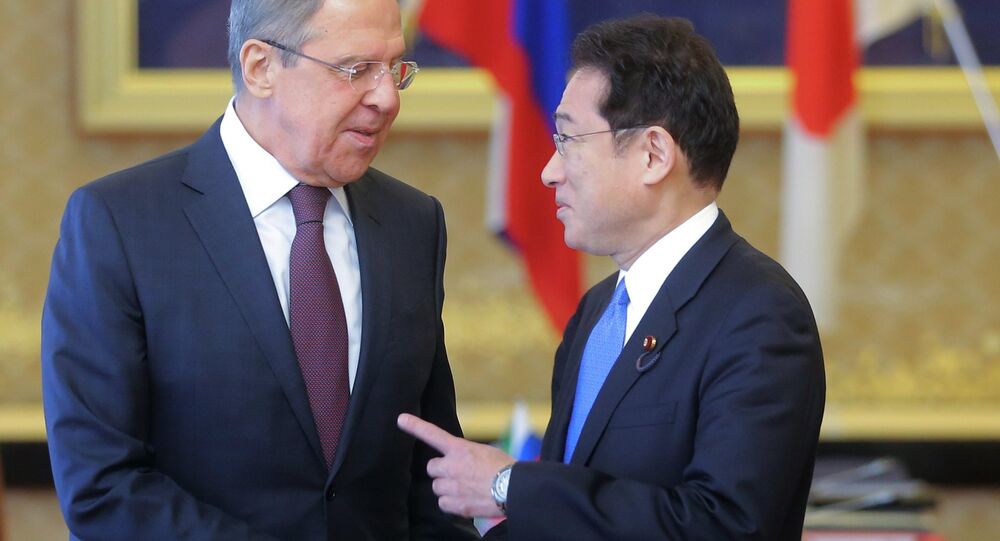 "In light of the worsening security situation in Northeast Asia after North Korea’s ballistic missile launches, it is important that Russia and Japan deepen mutual understanding in the sphere of security," Kishida said at talks with Russian foreign policy chief Sergey Lavrov.

"We held consultations at the level of foreign ministers earlier today. We had a frank exchange of opinions on Russian-Japanese ties and topics of the international agenda. Now foreign and defense ministers plan to hold an even more intensive dialogue on security guarantees in a 2+2 format," Kishida said after a meeting with Russian Foreign Minister Sergey Lavrov.

"Last year, we held four meetings at the highest level, our political dialogue was unprecedentedly active," Kishida said. "This year, we plan to have an equally active dialogue. For this reason, we plan a frank exchange of opinions on security matters of mutual interest."

"On the issue of the peace treaty, we have confirmed that – like our leaders agreed last year, they both expressed their determination to resolve this issue – we will continue working closely together in order to achieve this result," Kishida told reporters after meeting Russia’s foreign and defense ministers in Tokyo.