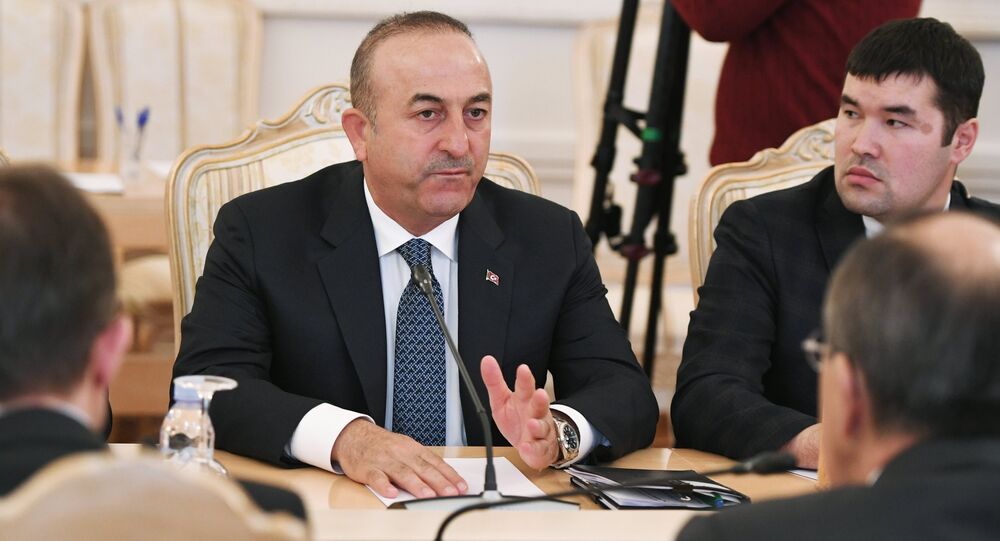 "We do not want to deteriorate relations with any country, including Germany. But we will respond accordingly to an unfriendly attitude," Cavusoglu told reporters in Istanbul.

He said he would visit Germany despite its cancellation of his appearance at a rally on Monday in Hamburg, where he was expected to deliver a speech.

"Freedom of rallies is democracy. This is exactly how Europe characterizes its standards and values," Cavusoglu said.

© REUTERS / Umit Bektas
Erdogan Slams Germany for Granting Asylum to Gulen's Followers
The situation in Europe is sad, he added, since authorities have fallen under the influence of racist parties.

"If we do not stop the strengthening of racist parties, Europe and the entire world will find themselves in a situation, similar to one before World War II," the minister said.

On March 2, the authorities of the German city of Gaggenau revoked permission for a pre-referendum rally where Turkish Justice Minister Bekir Bozdag was set to address the Turkish community in the country. Another event in Cologne, where Turkish Economy Minister Nihat Zeybekci was expected to speak on March 5, was also cancelled amid security concerns.

Germany and Turkey: 'There Seems to Be a Lack of Trust on Both Sides'