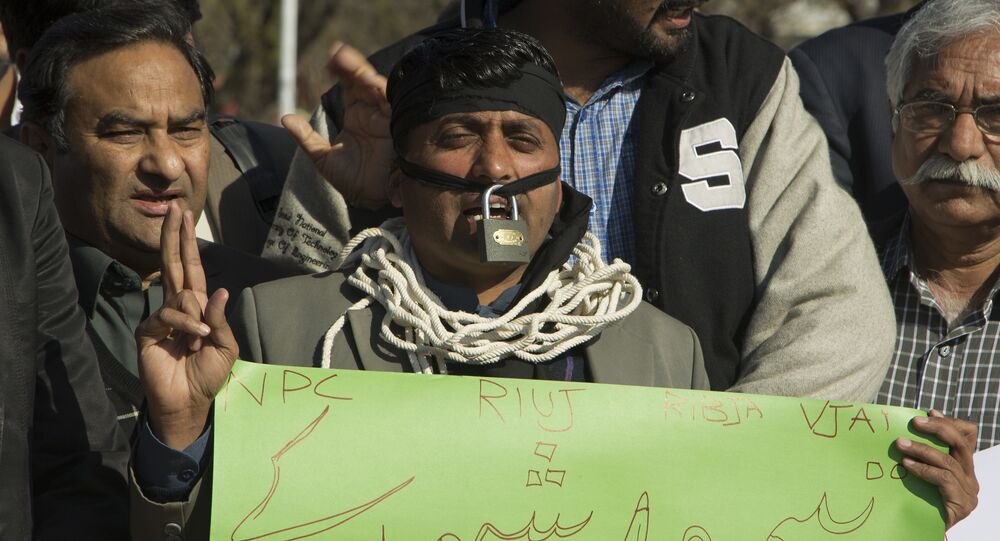 According to reports, a human rights watchdog called Pakistani authorities to ensure security of journalists and human rights activists.

"Pakistan’s authorities must take urgent action to protect journalists, bloggers, civil society and other human rights activists who are facing constant harassment, intimidation, threats and violent attacks in the country," Amnesty International said in a statement.

The watchdog's Senior Adviser on South Asia David Griffiths pointed out that the work of journalists, bloggers, civil society organizations and human rights defenders was crucial for free and just society.

"Their activities are not just protected under Pakistan’s obligations under international law, but also under Pakistan’s constitution … The authorities should take decisive actions to create a safe and enabling environment in which it is possible to defend and promote human rights without fear of punishment, reprisal or intimidation," Griffiths said.

The organization said that its concerns were based on a number of cases when accusations of blasphemy resulted in threats, attacks and killings of journalists and human rights defenders.