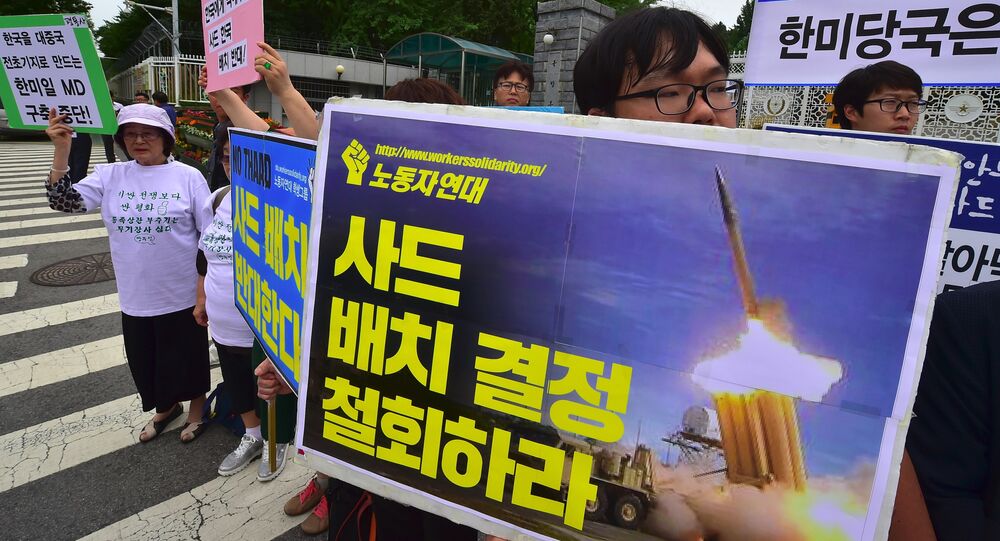 China and Russia called on the United States and South Korea to halt the deployment of the Terminal High Altitude Area Defense (THAAD) anti-ballistic missile system on the Korean territory, the Chinese Foreign Ministry said in a statement on Wednesday.

"Both sides reaffirmed their grave concern and strong objection to the fact that the United States and South Korea continue deployment of US THAAD anti-missile system. Both sides call on the United States and South Korea to respect China's and Russia's reasonable and fair concerns over security, not to harm the interests of China and Russia as well as the strategic balance in the region, to stop the process of THAAD installation," the ministry said.

According to the statement, Beijing and Moscow will continue coordination regarding the issue.

Both Russia and China noted the complexity of the current situation on the Korean Peninsula and urged Seoul and Pyongyang not to take actions that could lead to the escalation, according to the ministry.

On Tuesday, media reported that the South Korean Defense Ministry had signed an agreement with the Lotte Group for a plot of land that would be used for the installation of the THAAD system.

Seoul and Washington agreed to deploy the THAAD system, designed to intercept short, medium and intermediate ballistic missiles at the terminal incoming stage, in July 2016, amid growing tensions in South Korea's Seongju County spurred by North Korea's ballistic and nuclear tests. The move has been criticized by neighboring China and Russia as inappropriate, possibly disproportionate and affecting other countries' interests.

South Korea and the United States reportedly aim to complete the joint project by the end of this year, but it could be done as early as May.

THAAD to Serve as S Korean Self-Defense Against Pyongyang's Threats