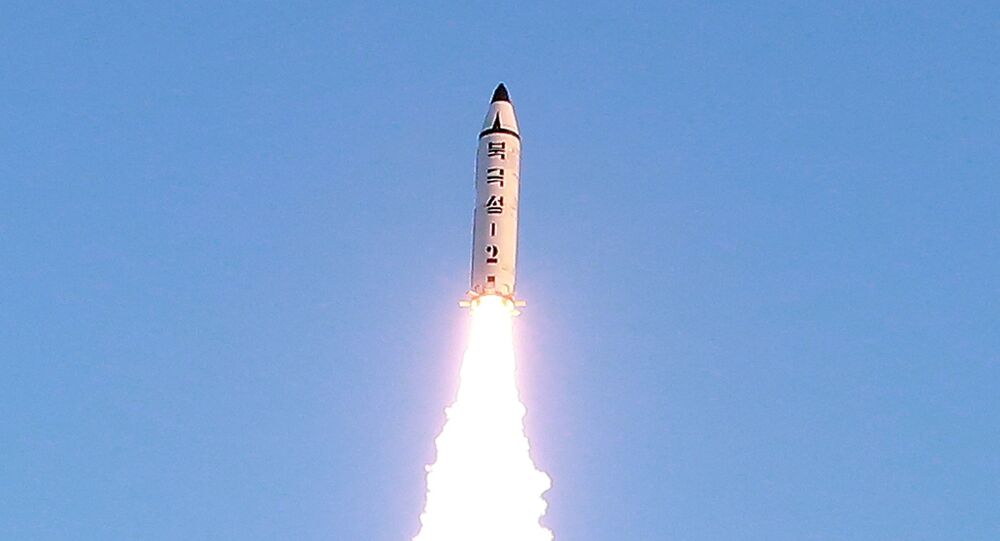 © REUTERS / KCNA/Handout
UN Security Council Condemns North Korea for Latest Ballistic Missile Test
TOKYO (Sputnik) – The NIS detailed Pyongyang's launch of the Pukguksong-2 ballistic missile on Sunday as reaching a top speed of Mach 8.5 and capable of flying at over 1,200 miles, according to the Yonhap news service.

The NIS, in a briefing with the South Korean lawmakers, also reportedly said Pyongyang's use of solid fuel "significantly reduced the launch preparation time to less than 10 minutes."

The reduced launch preparation time could thus "effectively nullify the 'Kill Chain' that is being designed to detect and destroy North Korean missile threats before they are launched," a lawmaker briefed by the NIS reportedly said.

US to Take All Necessary Measures to Deter N. Korea Threat After Missile Launch