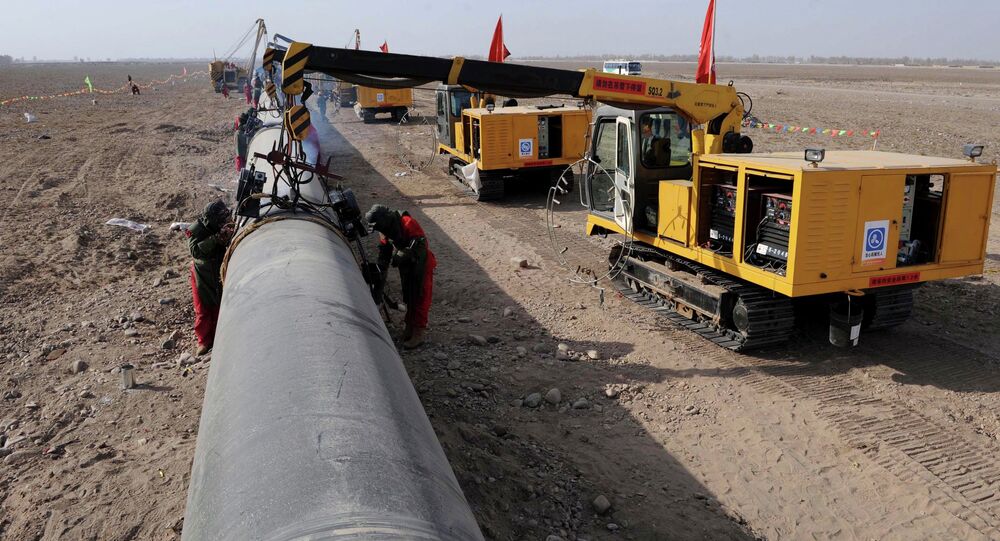 Moscow and Beijing are working on energy cooperation, the most important component of the economic bilateral relationship, Russian Ambassador in China Andrey Denisov said.

© Flickr / Mark Turner
Russia-China Relations Based on Mutual Interests, Not Ideology - Ambassador
BEIJING (Sputnik) — Moscow and Beijing are working on expanding their cooperation on energy production, which is already the most important component of the economic relationship between the two countries, Russian Ambassador in China Andrey Denisov said.

"The cooperation on energy development is the pillar of the economic sector of our relationship with China… [This] allows to talk about our countries building the so-called energy-based alliance, when the trade in certain commodities is no longer a series of isolated deals, but a program… of a diversified long-term collaboration," Denisov told Russian reporters ahead of Diplomatic Worker's Day celebrated in Russia on Friday.

According to the ambassador, the energy-related exports to China accounted for more than a half of all Russian exports to the country and the proportion would hold in the foreseeable future.

Denisov said that the two sides had some new interesting projects in the pipeline, such as Yamal LNG, a planned jointly built liquefied natural gas plant on the Russian Yamal Peninsula as well as collaboration on coal.

The ambassador also said that Russian companies were talking to the Chinese side about coal gasification, production of chemicals based on hydrocarbon crude and other possible means to further diversify the technical aspects of the energy production.