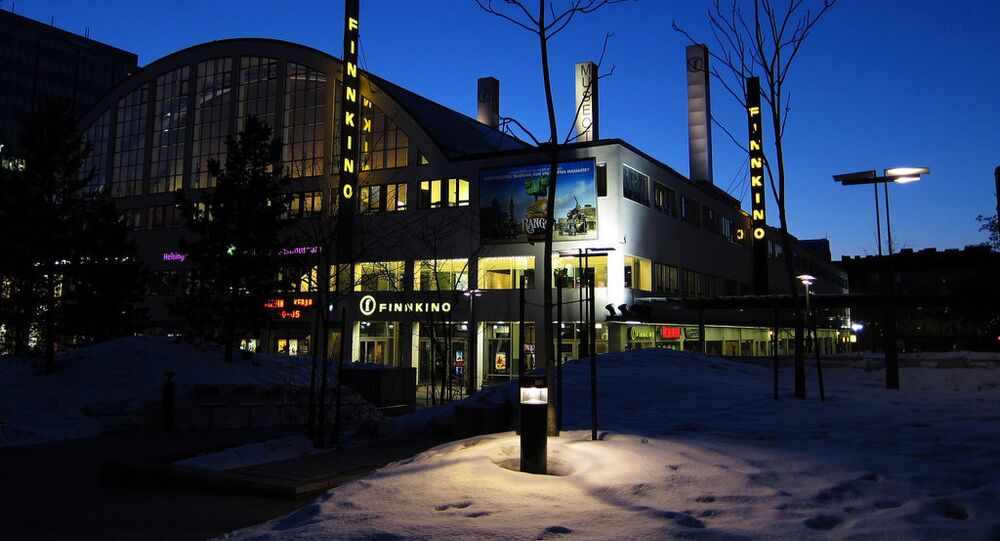 Dalian Wanda Group, owned by the Chinese property and film mogul Wang Jianlin, has announced the purchase of the biggest cinema chain in the Nordic and Baltic regions.

© REUTERS / Stringer
China Warns Hollywood Has Most to Lose From Entertainment Trade War
AMC Entertainment Holdings, the US theatre chain under Dalian Wanda Group, said that it would buy the Stockholm-based Nordic Cinema Group for 930 million dollars, according to the South China Morning Post newspaper.

Dalian Wanda Group is owned by Chinese property and film mogul Wang Jianlin, who controlled an estimated 12 percent of the world's cinema screens even before buying Nordic Cinema Group.

Nordic has 118 theatres with 664 screens in Sweden, Finland Norway, Estonia, Latvia, and Lithuania. Wang's goal is to take control of 20 percent of the world's cinema screens by 2020, with 10 billion yuan (1.46 billion dollars) in annual net profit, the South China Morning Post reported.

Last year, Wanda Group announced that it had acquired US Legendary Entertainment, the producer of Jurassic World, for 3.5 billion dollars, in what the China Daily newspaper said "marked China's largest cross-border cultural acquisition to date."

© REUTERS / Mario Anzuoni
Why China Aims to Ban Hollywood’s Ghostbusters
He warned if US President Donald Trump's administration tightens the screws on Chinese investments in the US entertainment industry, it will hurt both parties.

"Wanda's shopping spree in the US has raised concerns in Congress over its growing influence in Hollywood and on American culture," according to the South China Morning Post.

But it seems that nothing is going to stop China's clout, Alexander Larin of the Moscow-based Institute for Far Eastern Studies, told Sputnik.

"There are two aspects related to China's activities in this field. The first aspect is all about commerce because China is adheres to its course of increasing investment in foreign assets. A second challenge is to influence the nature of the world's film production," Larin said.

"The main aim is to prevent the emergence of films where China is portrayed in a negative way. And it should be noted that Beijing has made considerable progress in fulfilling this task," according to Larin.

© AFP 2020 / Mark RALSTON
China Buying Hollywood Filmmakers to Enhance its Soft Power
Experts say that cinema chains abroad can eventually turn into hubs to demonstrate films made by those who were born in China but who are currently working outside their home country.

This, in turn, will enable Beijing to strengthen ties with the overseas Chinese elite and numerous Chinese communities in the United States, Europe and Australia, where Dalian Wanda bought one of the leading film industries, Hoyt's Group, for 2 billion Australian dollars.