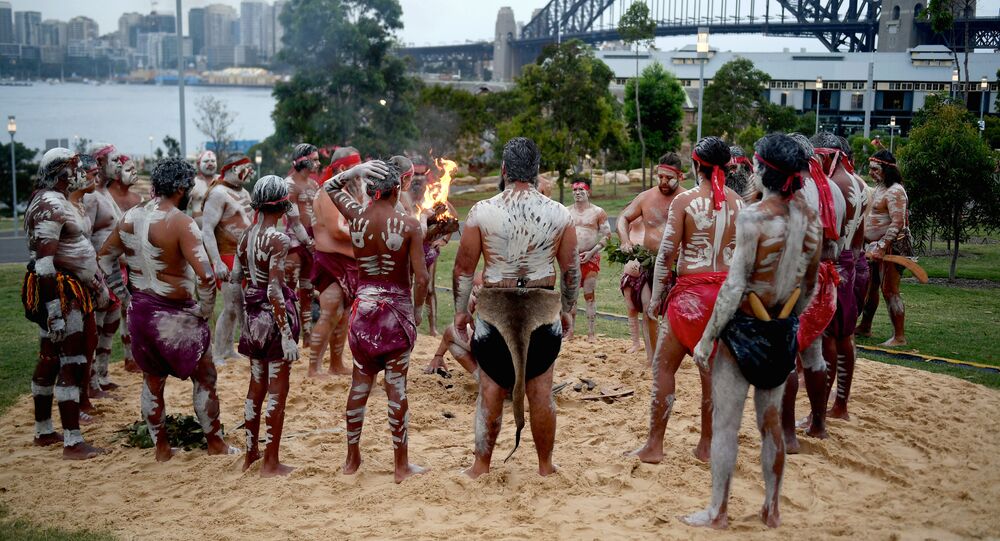 Thousands of people took to the streets in Australia's Sydney on Thursday to protest Australia Day as a national holiday as it is marks the invasion that led to elimination of Aboriginal culture, local media reported.

© Flickr / John Connell
Pro-Immigration Group Protests Trump’s Border Wall Order Outside the White House
MOSCOW (Sputnik) – Australia Day, otherwise known as First Landing Day or Foundation Day, celebrates the anniversary of the arrival of the First Fleet from Great Britain to Australia’s Sydney Cove in 1788. However, the date has sparked a debate among some Australians, particularly Aborigines. Opponents say that the arrival of the First Fleet marks a day of invasion and genocide rather than Australia's National Day, and seek to have the date of the holiday changed.

"That is not a day to celebrate. This was an invasion and it’s still going on today. We’ve got to start looking at what is right or wrong in this country and it’s totally wrong to celebrate the massacres of our people," Ken Canning, one of the rally organizers, said to a crowd of protesters as quoted by the news.com.au website.

​David Bell, another organizer, branded the holiday as a "national disgrace" and a "day which marked the beginning of a genocide."

The protest, which took place in Sydney’s Aboriginal community, Redfern, turned violent when a protester ignited a flag, injuring one police officer and a woman participating in the demonstration, according to media reports.

"A brief struggle ensued following the incident during which an officer was injured. He has been taken to hospital for assessment. A woman who was participating in the march also sustained minor injuries," a spokeswoman for the New South Wales Police told the news website.

Several police sprayed the crowd with substance and tackled a young man trying to set the flag on fire pic.twitter.com/0R5PVRI6XA

​The spokeswoman confirmed that this incident was "isolated" during an "otherwise peaceful demonstration."

The police also confirmed that one man was arrested and taken to a local police station for questioning.