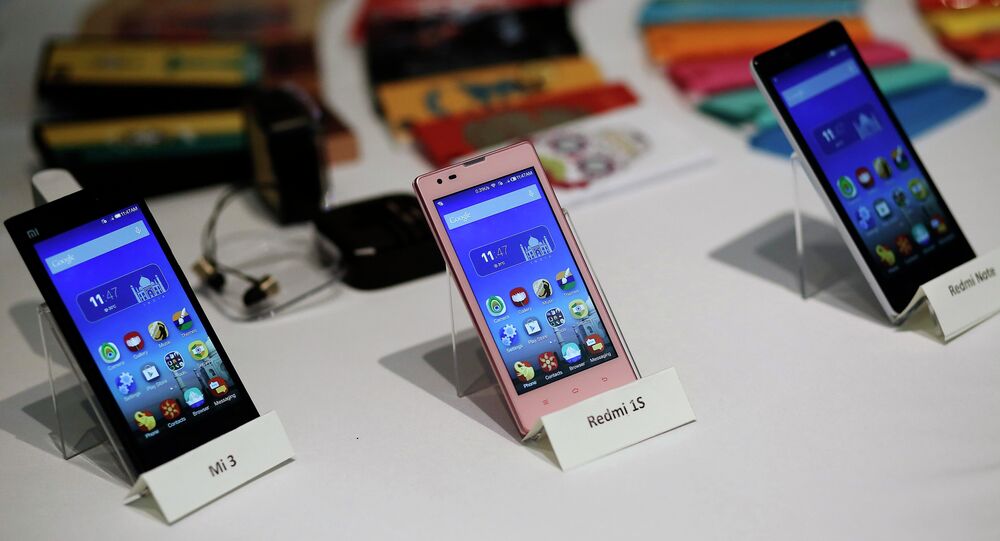 Chinese smartphone brands have become the flavour of the season in India despite a motivated campaign to boycott them.

For now Chinese smartphone brands are gaining the upper hand over their Indian and global rivals like Samsung and Apple. A Counterpoint Research report shows that Chinese labels occupied four of the top five spots in the last quarter of 2016.

While Samsung still held onto top spot, the South Korean electronics giant's share of India-wide sales has slid by five percentage points to 24 per cent. Chinese brands like Vivo, Xiaomi, Lenovo/Motorola, Oppo and others have captured 46 per cent of the Indian market, the report estimates.

What's significant is that the push for sales of Chinese phones has come in the last few months of 2016, a period which coincided with a sustained social media campaign to boycott Chinese products over Beijing's ties with Islamabad.

© REUTERS / Rupak De Chowdhuri
World’s Second Smartphone Market May Be Most Vulnerable to Cyber Fraud
Indian brands such as Micromax, Intex and Reliance Jio remain in the top five rankings, but not a single one has made it to the list in the last quarter. Micromax has been the biggest casualty of the rapid strides made by Chinese smartphone brands. Apple was ranked 10th in the last quarter after the release of the iPhone 7, the company commands 62% share of the high-end smartphone market.

The growth of Chinese brands in India is expected to continue as close to 500 million smartphones are expected to sell over the next few years due to the Narendra Modi government's push towards a cashless economy and to promote Make in India.

Chinese brands are pushing ahead because of their innovation, affordability, and marketing strategy. “The Chinese phonemakers’ march will continue next year with a double-pronged strategy. Besides marketing spends and generous retailer margins, Vivo, Oppo and Huawei have already paid a premium and are cornering the supply of components like OLED screens and memory for next year,” Neil Shah, research director at Counterpoint told Bloomberg.

In addition, "tying up with online retailers and roping in Bollywood celebrities for advertisement has worked in their favour. Many of them are investing in setting up local production lines as well," says Anupam Shukl, Director at an ad-film agency.

Android Pay to Be Launched in Russia on All Android Smartphones