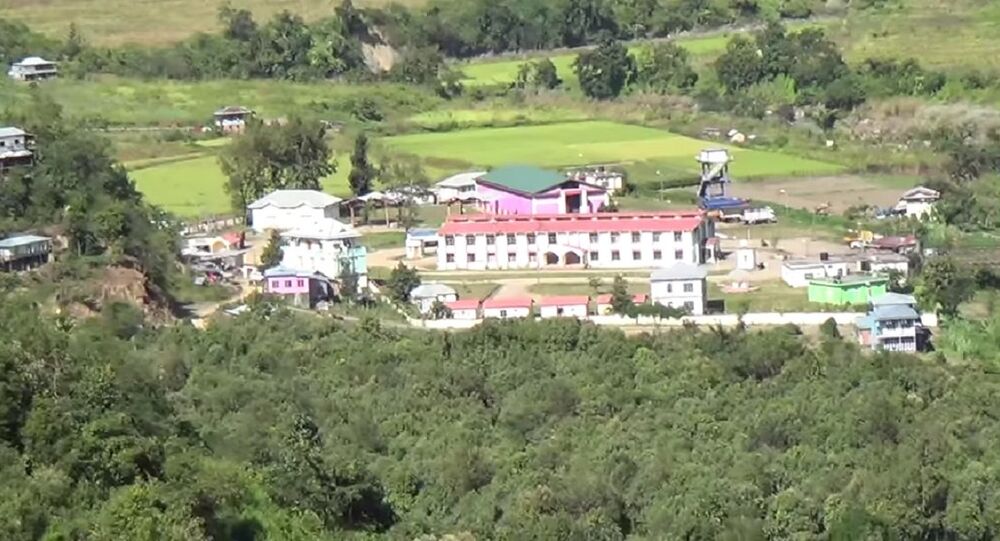 The boot is on the other foot for India. It has happily overlooked concerns by neighbours while fencing its borders but is now worried after Myanmar has undertaken a similar measure.

© Flickr / US Air Force
India to Station Special Ops Aircraft on Border With China
New Delhi (Sputnik) — Myanmar has started the construction of a fence in a self-administered zone, 10 meters from the demarcation border line. This has prompted India to begin a survey along the imaginary boundary to ensure that the fence is not being constructed inside Indian Territory.

India and Myanmar share approximately 1,643 kms of unfenced border. The Indian establishment considers this porous border a hideout for insurgents groups and passage for smuggling of narcotics, weapons and ammunition.

In 2015 after Naga insurgents killed 18 Indian soldiers, the Indian Army had claimed that it had carried out a surgical strike inside Myanmar to eliminate the insurgents. The Indian armed forces have since engaged in several combing operation along Indo-Myanmar border to weed out insurgents.

Nevertheless, India has not been able to go ahead with its plans to fortify its border with Myanmar, because in doing so, it may have to face a severe backlash from the Naga community, whose members live on both sides. India fears that such a backlash could derail the complicated Naga peace process, which it hopes to conclude soon.

Armed Naga outfits that have been fighting for a sovereign homeland for the community living on either side of the India-Myanmar border have been in and out of peace negotiations with the Indian government since 1997.

© AFP 2020 / DIPTENDU DUTTA
India to Start Civilian Flights Near Disputed Border With China
The most prominent of them all is the Isak-Muivah faction of the National Socialist Council of Nagaland (NSCN) which has strong objections to any kind of fencing in the four North Eastern states of Arunachal Pradesh, Nagaland, Manipur and Mizoram with shares borders with Myanmar.

India fears this step could derail peace talks with NSCN (IM) which are in the last stages. Earlier this month, an NSCN (I-M) spokesperson was quoted by the Indian media as saying, "We shall no longer accept any policy to further divide the Naga family in the form of artificial boundary fencing between India and Myanmar. The Nagas will defend their ancestral land at all costs. The NSCN seriously viewed that overriding and ignoring the will and interests of the people may give rise to an unfavourable situation with heavy consequences and the sole responsibility shall be borne by both India and Myanmar."

Reports suggest that the local Naga population have already sought the Indian Union's intervention in stopping the fencing by Myanmar. Locals fear that the fencing would cut off about 3,500 acres of arable land belonging to tribal and also stop free movements along border areas.

Meanwhile, the Indian government has planned construction of 1,718 km of roads and 21 helipads in four states of Manipur, Nagaland, Mizoram and Arunachal Pradesh along Indo-Myanmar border to bolster security in the area.