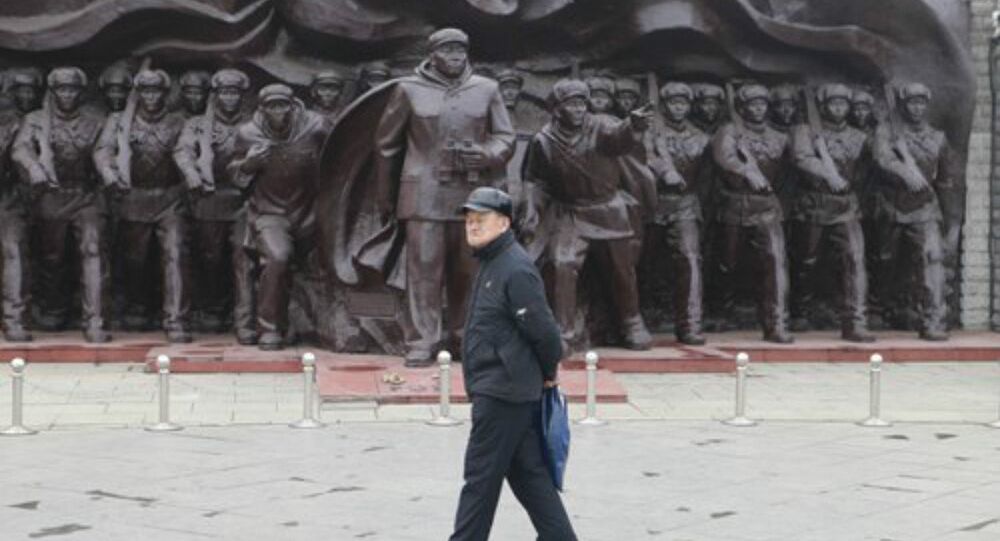 Over the last three years, a North Korean account has uploaded more than 14,000 videos to Chinese video sharing site youku.com

Youku.com, China's biggest online video sharing website, has allegedly become the latest addition to the North Korean authorities' range of overseas online platforms used to spread propaganda materials in an effort to improve the image of North Korea around the world.

On youku.com, UriminzokkiriTV, an account run by North Korean propaganda website uriminzokkiri.com, has uploaded over 14,000 videos in the three years since the account was first registered.

Uriminzokkiri.com, literally "our nation itself," was established in around 2010, carrying news stories from the state-run Korean Central News Agency (KCNA) and other North Korean newspapers. It has also been distributing information and videos — all in Korean — on US social media and video websites YouTube, Facebook and Twitter since 2010.

Lü Chao, a research fellow at the Liaoning Academy of Social Sciences, told the Global Times that he believes the website is run by the North Korean government and represents its view,  while having less official color than the KCNA itself.

"There are no other explanations except that they're trying to show their presence, and they want to let the world know that they're active," he said.

© Photo : Li Hao/GT
Farmers in Sinuiju, North Korea, prepare sacks of grain to be shipped by barge on the Yalu River as armed soldiers stand guard

After uploading its first video on youku.com on August 29, 2013, it has been uploading videos at a rate of about a dozen videos per day, with content ranging from North Korean films, television dramas, news clips and gala performances.

However, without Chinese subtitles or even titles, the viewership of most of these Korean-language videos on youku.com is limited. Altogether, the videos have been viewed 3.43 million times — about 250 views per video — while on YouTube, the channel has gained a total of 17 million views.

© AP Photo / Wong Maye-E
Faces of Pyongyang: A Visual Tour Through North Korea's Capital
16
The account's most popular videos are recordings of its evening galas or performances. A recording of its 1.5-hour gala held for last year's International Women's Day, for example, garnered 99,000 views, topping its most viewed list. Other popular videos include performances by the Moranbong Band, an all-women music group, and acrobatic performances.
© Photo : Cui Meng/GT
A tourist stands by a bridge connecting Chinese and North Korean border cities

The comment section of these videos are divided, with many praising the artistic skills and talents of North Korean singers and dancers. "What a loyal country, full of positive energy," one user commented under a video of a Moranbong Band concert.

But others are obviously skeptical of the videos. "Acrobatics is the most inhuman form of art, they should stop it," one user commented.

So far, it's unclear whether youku.com is the only Chinese video or social media site with North Korean presence. On China's microblogging site weibo.com, an account called "Pyongyang time" publishes Chinese translations of KCNA news stories on a daily basis, and occasionally interacts with followers using the persona of a North Korean. The account isn't verified, and is more likely run by someone interested in North Korea.

© Photo : Cui Meng/GT
One can see North Korean towns clearly from the Chinese side

Some Chinese users interested in North Korea have moved North Korea's propaganda films on Bilibili, China's video-sharing website that features the"bullet-screen" function, where users can write comments that float across the screen simultaneously. But apparently, the films are not taken seriously.

A documentary about the successful launch of the Kwangmyongsong-4 satellite, for example, is viewed more as a comedy than a serious film, with most of the comments being sarcastic.

A search for the online IP address of uriminzokkiri.com reveals that the website is registered in Shenyang, Northeast China's Liaoning Province, under China's State-owned telecommunications operator China Unicom.

It isn't the only North Korean website registered in China. The Global Times reporter changed the last number of its IP address to adjacent numbers and found eight other North Korean websites all registered in Shenyang, China. They include the website of  North Korean radio station "Echo of Unification" (tongilvoice.com), news website DPRK today (DPRKtoday.com), a travel agency website for tours of Mount Geumgang (tour-kumgangsan.com), and Our Nation School, a website that promotes Juche, the official ideology of North Korea (ournation-school.com).

Experts say they are unclear exactly how many North Korean propaganda websites are registered in China, but said North Korea's lack of Internet infrastructure and technological advances might be the major reason why it is dependent on Chinese servers to establish its websites.

© Sputnik / ANDREI IVANOV
Behind the Veil: Inside Look at North Korea’s Developing Economy (PHOTOS)
North Korea's Internet is accessed through an intranet service called the Kwangmyong, literally "Bright." The intranet system is equipped with websites, search engines and e-mail services that are only accessible inside North Korea. Only a small number of the country's elites have the right to access the global Internet.

Media reported that last September, North Korea accidentally revealed that it only has 28 websites on the global Internet, according to information posted on GitHub, a repository website where coders can collaborate and share work. This is far smaller than what was initially believed.

Jin Qiangyi, director of Yanbian University's Asia Studies Center, said concern for anonymity might be another reason that North Korea chooses to register its websites overseas, as websites that end with.kp, its national domain, are blocked by the South Korean government, while a lot of these propaganda websites are targeted at South Koreans.

Apart from China, previous reports show that North Korea has also registered websites in other countries such as the US, Switzerland and Japan, their purposes include providing travel info and selling souvenirs.

The Chinese people don't have many ways of getting to know North Korea. North Korean information outlets often don't release news in a speedy, up-to-date manner, and photos and information on the country might be released several days after an event took place.

Although North Korea has made use of social media platforms in recent years, the style of its propaganda hasn't changed much. The obvious technological bottlenecks the country is facing are also preventing it from gaining international recognition.

Chinese people have grown increasingly curious about their neighbors in recent years. Many have ventured into the country on official tours, and even more have gone to border cities such as Dandong, to sail on the Yalu River the forms part of the border and peek at the other side with telescopes.

When interviewing residents of a border village in the Yanbian Korea Autonomous Prefecture, Jilin Province, a local resident told the Global Times one of his favorite hobbies is to stand by the river and watch North Koreans walk in their fields or ride motorcycles along the roads.