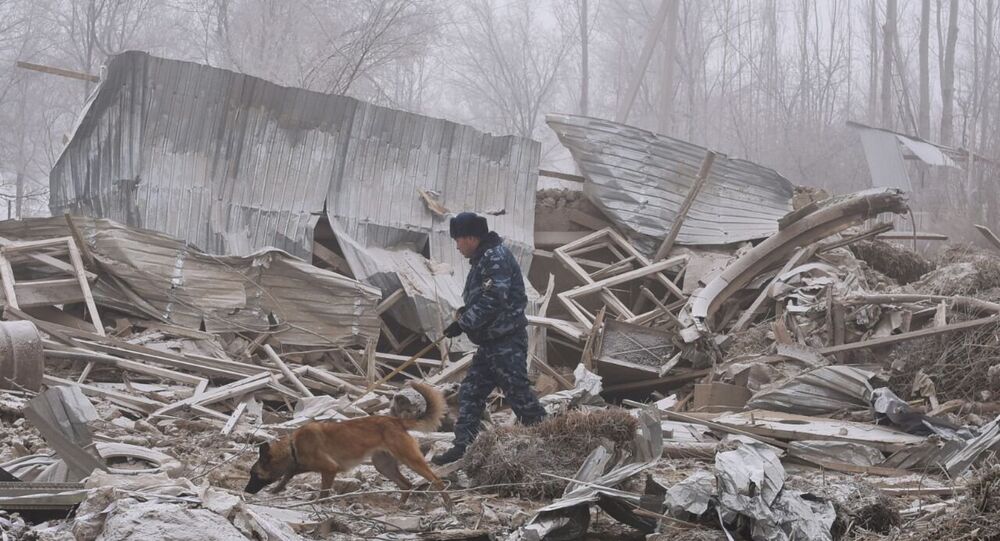 Up to 31 bodies and nine body parts have been uncovered at the crash site of a cargo flight in Kyrgyzstan, the Kyrgyz presidential press service said Monday.

BISHKEK (Sputnik) — The Boeing 747 operated by Turkey's ACT Airlines crashed into homes near Manas airport while en route from Hong Kong to Istanbul via Bishkek.

"Preliminary data indicates that the death of at least 31 people has been established and nine human body parts have been found near Manas airport as a result of the Boeing 747 crash," the press service said, citing information obtained from the emergencies minister.

"Our minister called today his Kyrgyz counterpart Erlan Abdyldaev to express his condolences over the plane crash in Kyrgyzstan, and said that Turkey was ready to provide any necessary assistance in connection with this crash," the source said.The Boeing 747 operated by Turkey's ACT Airlines crashed into homes near Manas airport while en route from Hong Kong to Istanbul via Bishkek.

An ACT Airlines official told RIA Novosti in Ankara that the causes of the crash have not yet been established, and that the company was working to identify the whereabouts of its four crew members.

​Up to 37 people have been killed in the crash, the Kyrgyz Ministry of Emergency Situations said earlier in the day.