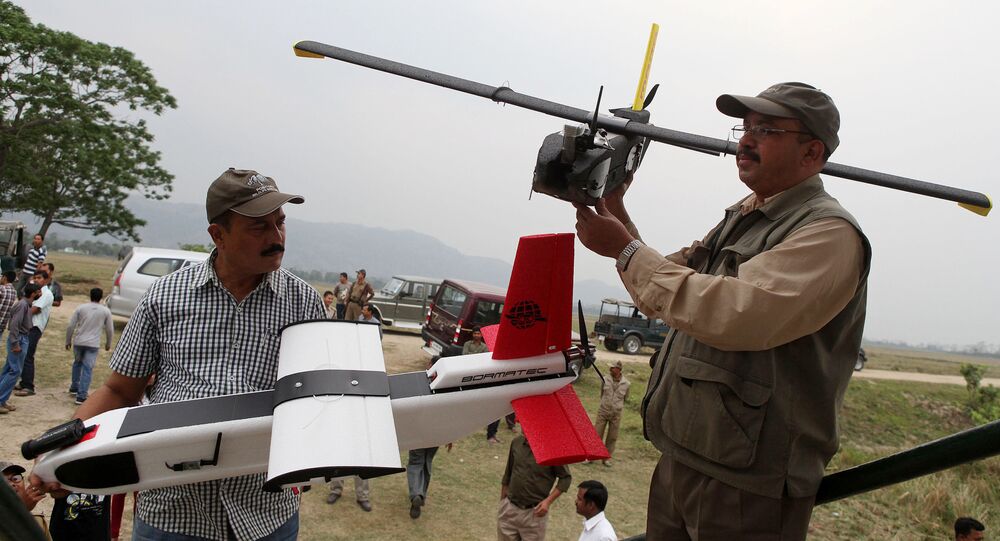 Wonder Kid’ in Billion Dollar Tie up for Drone Production

A teenaged Indian has signed a Rs 5-crore contract with the Gujarat state government for production of drones designed by him. Harsh’s drone’s claim to detect and defuse land mines.

© AP Photo / Gurinder Osan
Major Global IT Firm Bets Big on Indian Drone Start-Up
New Delhi (Sputnik) – An Indian youngster Harshwardhan Zala has signed a deal with the Government of Gujarat to facilitate the production of drones designed by him. The MoU was signed during the Vibrant Gujarat Global Trade Exposition in Gandhinagar, capital of Gujarat.

The drones designed by Harshwardhan claim to detect and defuse land mines in war zones.

Harshwardhan Zala is just 14 years old and studies in class 10. Harshwardhan has developed has developed three prototypes of the drone. Harsh started working on the landmine detecting drone last year after he learnt that many soldiers are killed or maimed when manually defusing landmines.

Harsh’s  landmine-detecting drone is fitted with infrared sensors and thermal meters, a camera and an explosive device. The drone is designed to send out waves which can detect land mines and communicate their location with a base station. After detecting the precise location drone can destroy the landmine.

The wonder kid Harshwardhan has set up his own company called ‘Aerobotics’ and has patented his drone.