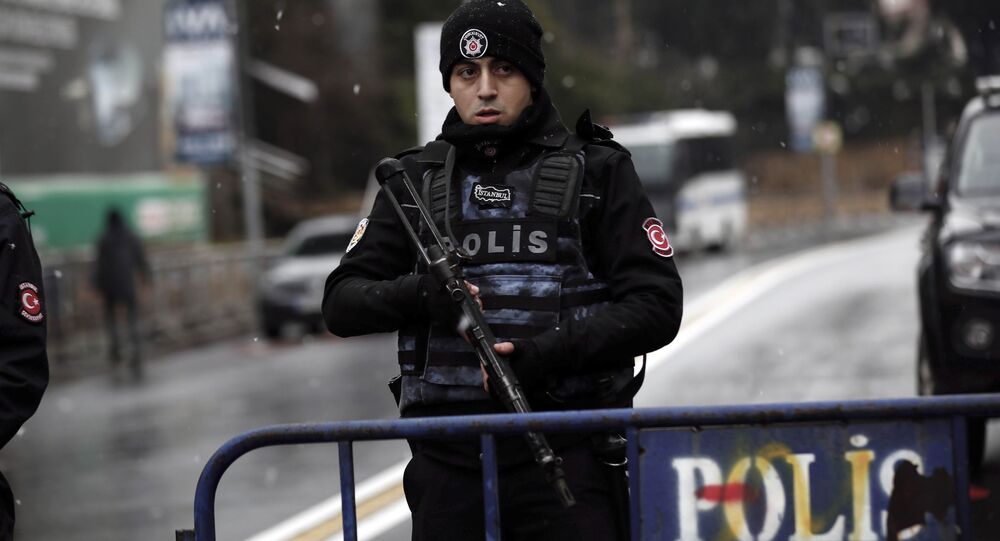 Turkish security forces have arrested 442 people in anti-terrorist operations across the country over the past week, Hurriyet Daily News reported Monday, citing the Interior Ministry.

During the operations against the PKK, dozens of handmade explosives and mines were destroyed and dozens of units of ammunition and small arms were seized, the publication reads.

Moreover, the security forces arrested 25 migrant smugglers and apprehended over 1,500 undocumented migrants as part of efforts against illegal immigration.

© AP Photo / Hussein Malla
APA Branding FETO Terrorist Organization 'Important Step' – Turkish Official
The PKK is outlawed in Turkey and listed as a terrorist organization. A ceasefire between Turkey and Kurdish militants collapsed in July 2015, prompting the Turkish authorities to launch a military operation in the Kurdish-dominated southeastern region.

The FETO, made up of supporters of Muslim cleric Fethullah Gulen, is designated a terrorist organization by Ankara. Following the July coup attempt, thousands of people, mostly officials, legal and educational workers, were detained or dismissed, commonly over alleged ties to Gulen and his organization.