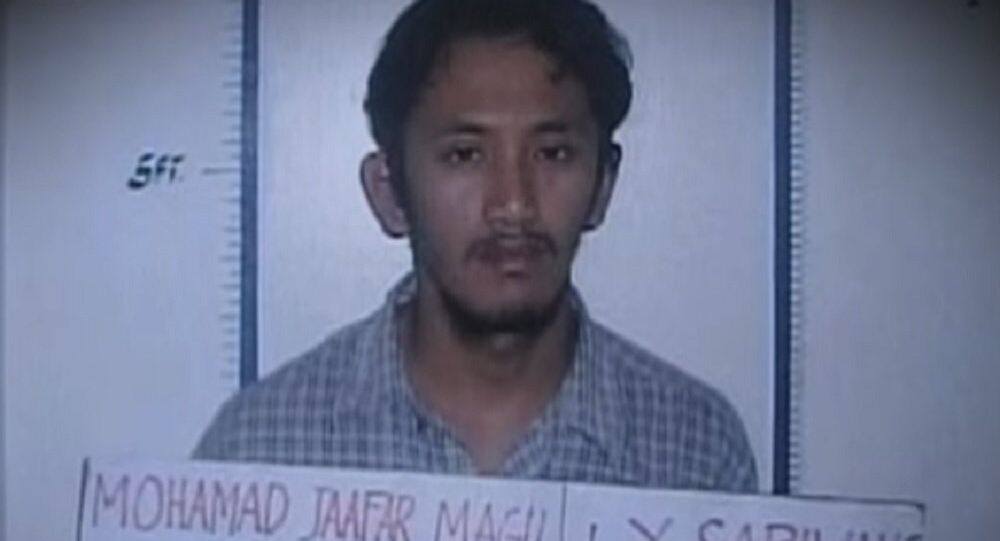 Philippine security forces announced that they have killed the leader of a pro-Daesh militant group Thursday morning. Mohammad Jaafar Sabiwang Maguid, described as a 'most wanted person' in the country’s Muslim-heavy south, has been blamed for years of violence and unrest.

Maguid, known by the alias "Commander Tokboy," was the leader of the Ansar Al-Khilafah Philippines (AKP), whose name is Arabic for "Supporters of the Caliphate." AKP has been accused of involvement in several terrorist plots, including the bombing of a night market in Davao that killed 14, a plan to bomb the US embassy in Manila, a videotaped beheading of a man claimed by the AKP to be a police spy, and other violent crimes.

"[Maguid and the AKP are] wanted for bombing incidents," said Cedric Train, a police chief superintendent. "They use improvised explosive devices, killing people at town festivals. They fly the [Daesh] flag in their camps. They want to be recognised by [Daesh]."

Police raided a beach resort in Kiamba that was a known hideout for Maguid. The terrorist leader attempted to escape and a shootout ensued in which Maguid was killed. Three of Maguid's lieutenants were arrested, Matahata Dialawe Arboleda, Ismael Sahak, and Morhaban Veloso. The police also seized rifles, M-16 magazines, and a hand grenade.

"Tokboy is a notorious bandit leader with affiliation to Islamic State. He and his group had escaped several operations to neutralise them," said Train. Police first began to pursue Maguid in 2008 for suspected involvement in a series of murders and bombings. He was arrested in 2009 but escaped prison nine months later, and has been on the run ever since. He narrowly avoided Filipino marines who killed eight of his comrades in November 2015.

Philippine National Police (PNP) director general Ronald dela Rosa claimed that the killings "effectively [broke] the backbone of the militant Ansar Al-Khilafah Philippines," but also cautioned that a new leader could emerge and that the Philippines should remain "very vigilant against… possible retaliation."

Besides the AKP, several major crimes in the Philippines have been blamed on Islamist militant groups. This includes a mass prison break in January 2016 and the bombing of a church on Christmas Eve. However, the Filipino military say that there is no direct collaboration between these groups and Daesh.

© AP Photo / Bullit Marquez
Philippines' President Duterte Admits He Has Family in Daesh, Vows to Go After Them

January 9 will see the Feast of the Black Nazarene in Manila, a major event in the Filipino Christian calendar that draws a crowd of some two million to the capital city, according to Manila police. Since Filipino Islamists are known to target Christians in their attacks, the event will have heightened police security, PNP, as well as the armed forces.