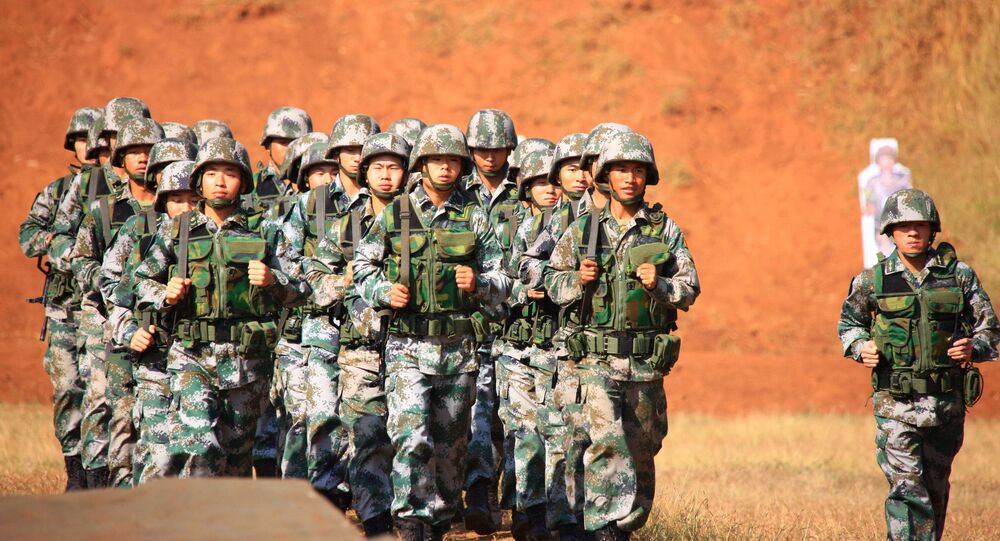 The China-Nepal joint military exercise to be held in February has made the Indian security establishment sit up. Although the nature of the joint drills will be largely symbolic in nature, its significance is not lost on India that is already concerned by the opening of the Lhasa-Kathmandu trade route.

The decision has worried India because its relations with China are on low ebb. In addition, India is trying hard to increase its sphere of influence in Nepal since Prachanda became Prime Minister and trying to undo the pro-China moves initiated by his predecessor Khadga Prasad Oli.

Sensing India's sensitivity, Nepal has sought to play down the import of the first-ever joint exercises. It says the drills will be on a limited scale and will not impact India-Nepal bilateral relations.

"Nepal relations with India are deep rooted and ancient. We do this type of joint exercises on a routine basis with various countries," Nepal ambassador to India, Deep Kumar Upadhyay told Sputnik. There is a grain of substance in the Nepal envoy's remarks. India frequently stages "hand-in-hand" joint military exercises with China.

© AFP 2021 / INDRANIL MUKHERJEE
Nepal Suffers Collateral Damage From Indian Note Ban
China is also trying to play down the military drill. The state-owned Global Times has opined that, "Indian officials, media and academic circles should not read too much into the two countries security cooperation. It will only enhance the bilateral relations. India should understand and adapt to this trend."

India is concerned about the growing proximity between China and Nepal. In fact, India took a sigh of relief after the fall of the Oli government in Nepal because of its pro-China leanings. But what has been keeping India on toes is Prime Minister Prachanda's softness towards China.