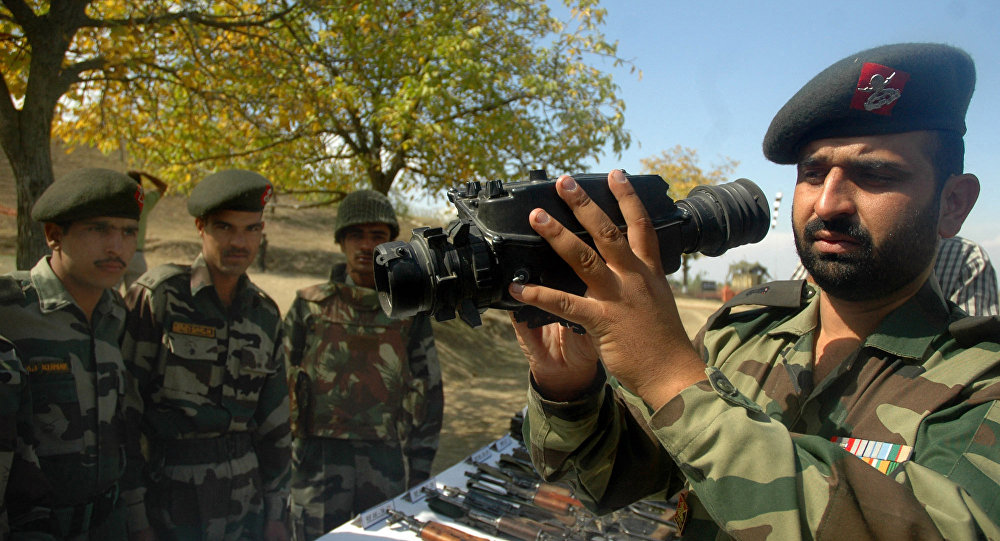 India had lost 51 soldiers in militant attacks and cross-border firing since it conducted the "surgical strikes" on terrorist launch pads inside Pakistan. The Indian Army has sought a variety of night vision devices for its infantry to minimize similar losses in future.

The army will place request for information (RFI) for the purchase of 15,000 night vision devices (NVDs) for rocket launchers, 5,000 NVDs for medium machine guns and more than 125,000 for other small handheld arms. Defense sources told Sputnik that the Indian Army will spend approximately $3.2 billion for the purchases.

Beginning this month, the Indian Army has already invited global bids for NVDs for long range LMGs and Uncooled Thermal Imager based Driver's Night Sight with fusion technology for the Russian-origin T-90 tanks. The Army requires the range of detection of a human target at minimum 1000 meters.

The 1,000-meters rang is crucial in the mountainous Himalayan region where life of soldiers posted within visual range remains at stake especially on the border with Pakistan. "The normal range of detection is approximately 300 to 500 meters at night with a high quality NVD and that too on a clear night. However in certain terrain with limited vegetation higher ranges can be obtained," says Brigadier Rahul K Bhonsle (retired), a Delhi based defense expert.

However, the recently floated RFIs are considered highly ambitious. "The type of technology is not available in India. The Ordnance Factory Board is claiming to be manufacturing Image Intensification night sights for LMGs whereas the Army is seeking a thermal image based technology. Possibly the RFI is over optimistic and at the RFP stage some changes with downward range could be made," Bhonsle added.

The Indian Army has sought long range NVDs because it has recently lost a large number of soldiers in close fire on the border with Pakistan. Since the September 29 'surgical strikes', India had lost 51 soldiers in militant attacks and cross-border firing. In all, India has lost over 80 soldiers this year which is by far the highest casualty since 2013.