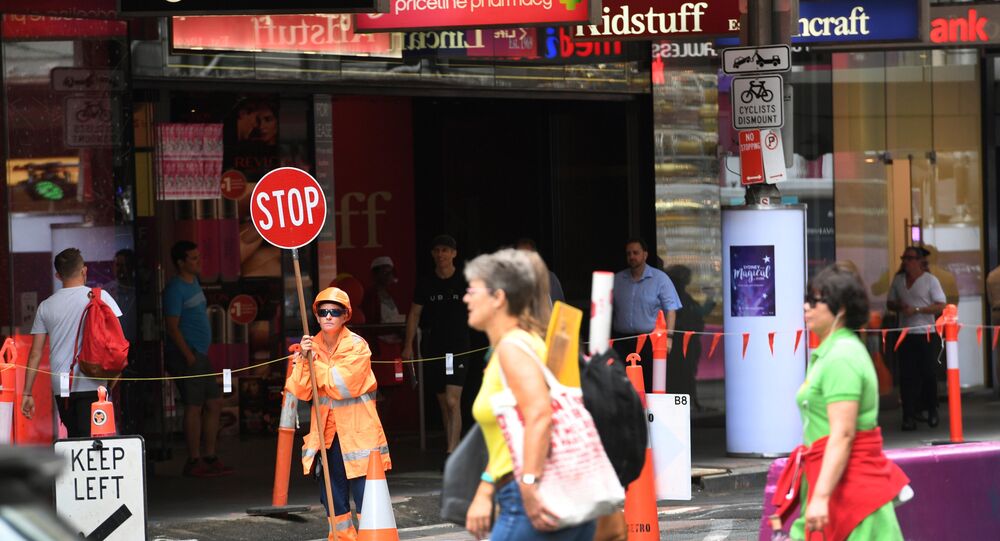 Australia's economic growth forecast was updated after the budget deficit in 2016 appeared to be larger than it had been expected, according to media reports.

MOSCOW (Sputnik) — Australia may lose the highest triple-A credit rating, after the economic growth forecast for 2016-2017 was downgraded from 2.5 percent to 2 percent, media reported on Monday.

According to the Financial Times newspaper, Australia's economic growth forecast was updated after the budget deficit in 2016 appeared to be larger than it had been expected.

© REUTERS / AAP/Lukas Coch
Australian Prime Minister's Approval Rating Hits Lowest in One Year
Australian Head of Treasury Scott Morrison reportedly appealed to the rating agencies not to downgrade the country's ratings, promising that the government would balance the budget.

Australia has been showing successive economy growth for 25 years and belongs to a small group of countries, which have triple-A ratings from such agencies as S&P, Moodys and Fitch Ratings. The ratings evaluate the credit risk of a debtor country and predicts its ability to pay back the loan. It also indicates the risk level of the investing environment in a country.