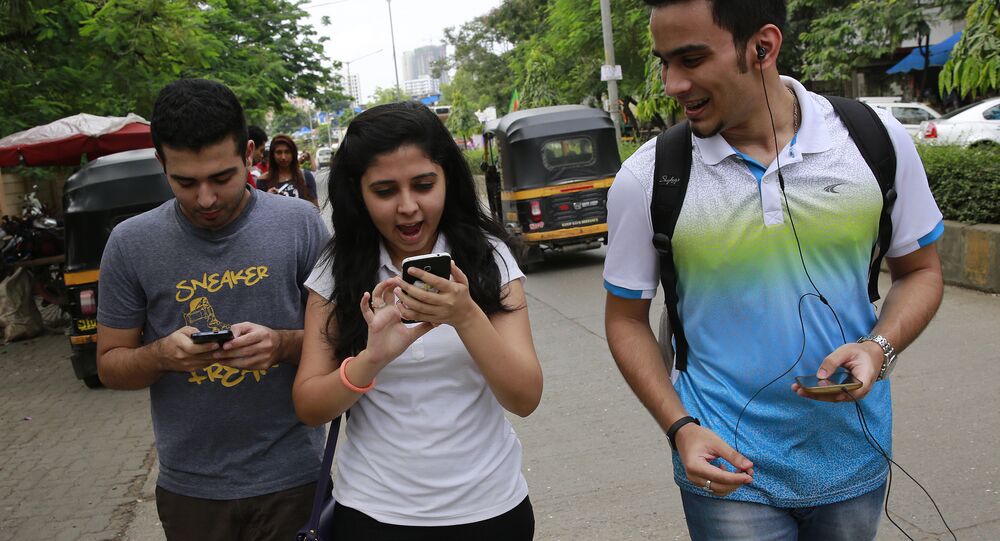 Niantic has teamed up with an Indian company Reliance Jio for the official launch of Pokémon. Jio has garnered over 50 million customers with a free data service offer but will have to avoid temples as even digital eggs ay hurt religious sentiments.

© REUTERS / Kim Kyung-Hoon
Gotta Crash ‘Em All! Japan Loses Patience With Drivers Playing Pokemon Go at the Wheel
New Delhi (Sputnik) – One of the most sought games of the year Pokémon is going to officially land on Indian soil on Wednesday. The India launch takes place a week after Pokemon entered the US market with 10,500 locations as PokeStops and Gyms.

Niantic, publisher and developer of Pokémon Go, has announced the alliance with Reliance Jio, India’s fastest growing technology company, for providing official download options to Indians. Reliance Jio claims a customer base of 52 million in just three months with a free data service offer for three months. This offer has since been extended.

“With over 500 million downloads globally, we are excited to launch Pokémon GO officially in India on the Reliance Jio network,” said Mathew Oommen, President Reliance Jio.

Partnership between Reliance Jio and Niantic will provide more than 200,000 premises to Indians where they can find most of the Pokémon characters. Jio has more than digital outlets across India than all bank ATMs. The company has targeted 400,000 digitally enabled outlets by end of March next year.

“It’s exciting to see Pokémon fans in India step out and explore their neighbourhoods in search of Pokémon. Jio’s disruptive high speed 4G LTE Network will be an excellent way to experience the game,” said John Hanke, Chief Executive Officer and founder of Niantic.

Pokémon players will have access to an exclusive Pokémon Go channel on Jio’s social messaging app.

Pokemon was first unveiled in July this year and Indians had force-installed the game. This created controversies after being blamed for road accidents in various places. An Indian court had issued notices to the Niantic Inc for hurting the religious sentiments as petitioner sought ban on image of eggs appearing in religious places and places of worship of non vegetarians. Presence of non –vegetarian food is prohibited in many Indian temples and the petitioner felt that even digital presence of eggs at religious places hurt their sentiments.