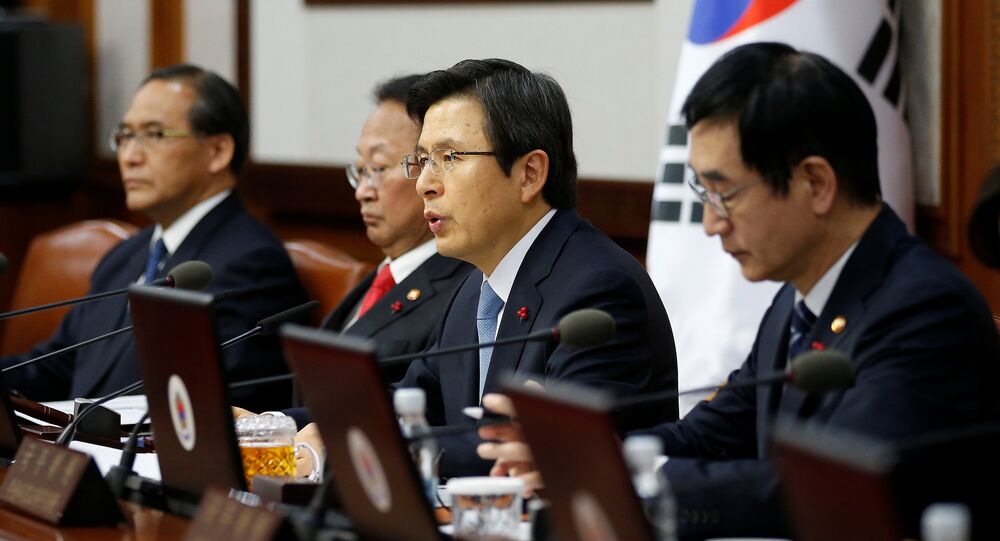 According to media reports, South Korea's Acting President and Prime Minister reiterated his calls for increasing cyberdefense against potential attacks from the North.

"Related ministries, including the ministries of defense and future planning, must devise thorough measures to prevent any recurrence and take special caution not to allow any minor mistakes to threaten our security," Hwanq was quoted as saying by Yonhap news agency.

Hwang stressed that the recent hack of South Korean Defense Ministry's cyber wing showed that the cyberwarfare had already begun.

South Korea's cyber command came under a cyberattack in August that affected a total of 3,200 computers, including 700 linked with the military intranet system. The South Korean Defense Ministry said last week that it suspected Pyongyang of conducting the August attack.

On December 5, the South Korean Internet and Security Agency (KISA) warned about the possible rise of cyberattacks on the state institutions and infrastructure facilities next year amid political instability in the country caused by the scandal around impeached President Park Geun-hye.