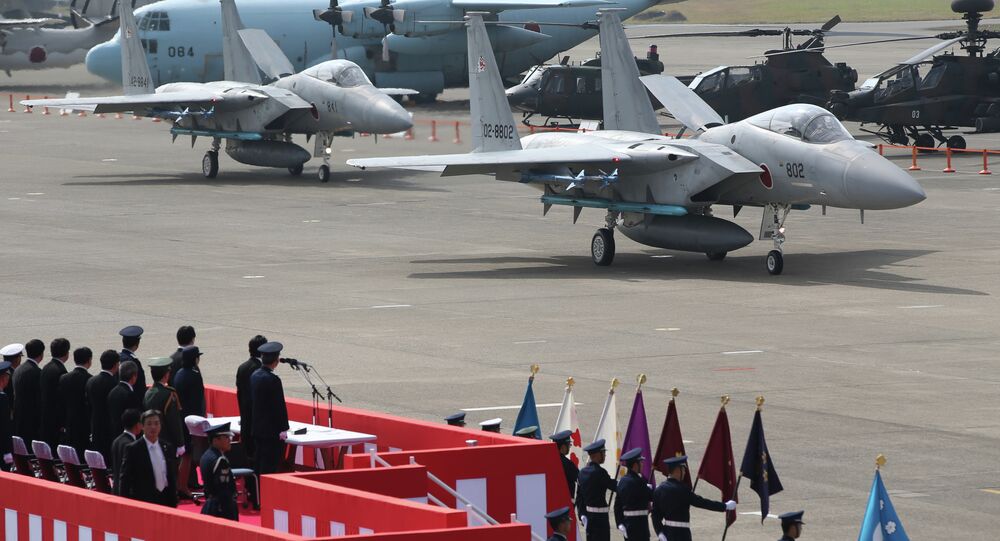 Japan's government lodged a protest on Monday against the Chinese authorities' claims that Japanese fighter jets approached at a close range endangering the safety of the Chinese aircraft near Japan's Okinawa island.

TOKYO (Sputnik) — On Saturday, Japanese aircraft were scrambled, when six Chinese planes were flying over the Miyako Strait near Okinawa. The Chinese Defense Ministry accused Japan of interfering with the Chinese Air Forces' training and endangering safety of its jets.

"The Chinese Defense Ministry's announcement of something so obviously contrary to the facts is extremely regrettable and impairs the improvement of Japan-China relations, so we have lodged a stern protest with China," Chief Cabinet Secretary Yoshihide Suga was quoted as saying at a press conference by Kyodo news agency.

He stressed that Air Self-Defense Force fighters had not endangered the safety of the Chinese aircraft and conducted an "appropriate surveillance."

Miyako Strait is an international waterway, which lies between Japan's Miyako and Okinawa islands and is commonly used by the Chinese Armed Forces for military exercises in the Pacific Ocean.

This is How China Could Respond to a 'Trade War' With US, Japan