Recent satellite imagery shows Vietnam initiating dredging activity on Ladd Reef, a disputed territory in the South China Sea. This is Hanoi’s latest attempt at validating their claims in the region, and the move may antagonize China, who continues to claim most of the waterway.

US-based imaging company Planet Labs produced a photo from November 30 showing several unidentified ships between the open sea and the lagoon in a freshly-dug passage. 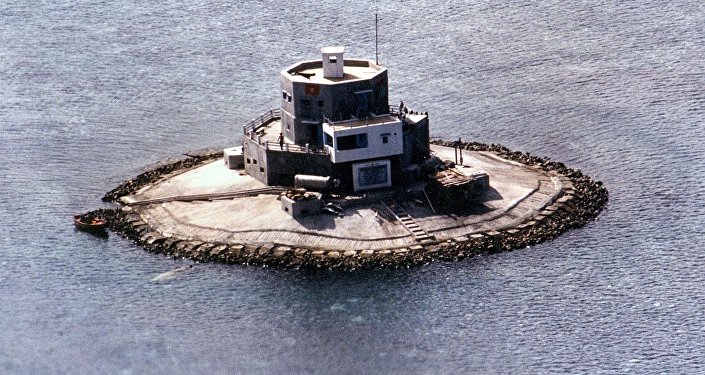 © AFP 2019 /
As Friend to China & Vietnam, Russia Would Be Perfect Mediator in Spratly Islands Spat

The reef, which sits on the southwestern edge of the Spratly Islands, is also claimed by Taiwan, and contains only a lighthouse and an outpost housing a small group of Vietnamese soldiers. At high tide, the reef is completely submerged. The Spratly Islands are said to contain untapped oil and natural gas reserves, as well as opportunities for commercial fishing and shipping.

Tensions between China and Vietnam in the South China Sea began in 1988 when Beijing emerged victorious in a battle with Hanoi over the Spratlys, killing 64 Vietnamese troops in the process. 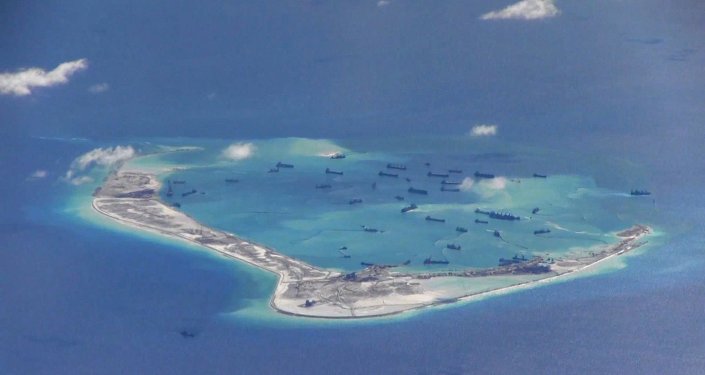 Washington has been critical of China’s militarization of the region, and claims that Beijing has added 3,200 acres of land in the area over the last three years to build aircraft hangars, ports, communications equipment,  and runways.

While it is is not clear why Vietnam has begun the dredging, analysts have indicated that similar work on other reefs usually signals more construction. In August, Hanoi discreetly installed rocket launchers on several islands in the Spratlys capable of striking Beijing’s military installations in the area.

Vietnam’s Deputy Defense Minister, Senior Lieutenant-General Nguyen Chi Vinh said at the time that the reports were “inaccurate” and there were no launchers, but offered that the country is entitled to engage in such actions should they find it necessary.

"It is within our legitimate right to self-defense to move any of our weapons to any area at any time within our sovereign territory," he remarked.

Trevor Hollingsbee, a retired naval intelligence analyst with Britain's Ministry of Defense, said, "We can see that, in this environment, Vietnam's strategic mistrust is total… and they are rapidly improving their defences…They're doing everything they can to fix any vulnerabilities — and that outpost at Ladd Reef does look [like] a vulnerability."

Planet Labs also showed China doing some dredging work of its own, in an attempt to repair storm damage done to structures they have built on the Paracel Island chain. These activities began earlier this year at North Island, located about 7 miles north of Woody Island, where Beijing has stationed surface-to-air missiles and houses a large military base.