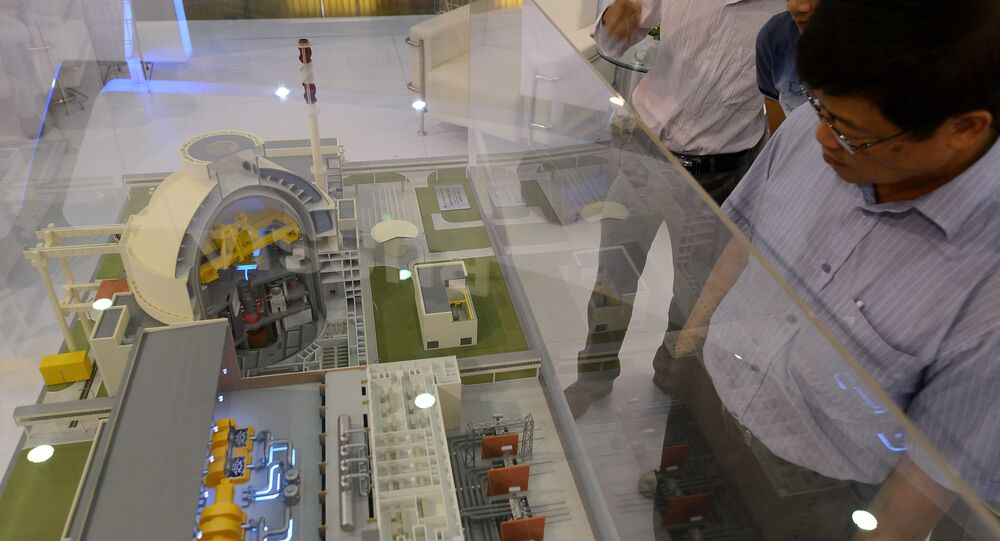 Vietnam may completely abandon its nuclear program during its legislative session, a senior diplomat from one the Association of Southeast Asian Nations (ASEAN) told RIA Novosti Monday.

BANGKOK, November 21 (Sputnik) — Vietnam's National Assembly is currently deciding on the future of the state's nuclear program, with the final vote expected at the close of the session on Tuesday. Vietnam has been making moves to suspend nuclear projects in the country, scrapping Russian and Japanese-backed projects over recent weeks.

"The decision to suspend the nuclear energy development program has already been taken. Right now the formal wording is being decided on, whether this will be a delay to the schedule of the program or a total rejection of nuclear energy. It appears that the latter is probable," the diplomat, who had previously served in Vietnam, said.

© AFP 2020 / HOANG DINH NAM
Can Vietnam Do Without Nuclear Power?
Global economic turmoil, as well as falling growth rates inside the country, have prompted the Vietnamese government to reconsider its priorities in the energy mix, according to the diplomat, who stressed that this is the official position and is likely to be true.

Russia planned to supply two units for a power plant project in the southern Ninh Thuan province. Its launch was planned for 2020 before Vietnam asked to move the start of construction to that year. In early November, the Vietnamese government announced its decision to withdraw from the contract due to a tight fiscal situation.

Vietnam is the latest in a line of several countries to suspend nuclear development in the wake of the 2011 Fukushima Daiichi accident, which led to an ongoing collapse in uranium prices and skepticism in the nuclear industry.