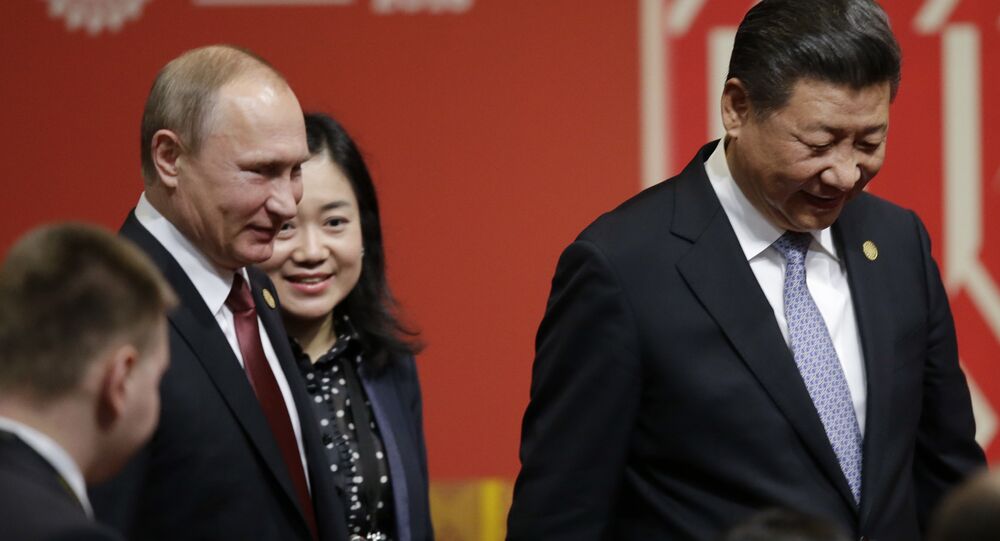 Beijing and Moscow should boost the promotion of the region-wide free trade area in the Asia-Pacific region, Chinese President Xi Jinping said during a meeting with Russian President Vladimir Putin.

© AFP 2021 / LUKA CONZALEZ
Putin Arrives in Lima to Participate in APEC Summit
BEIJING (Sputnik) — Moscow and Beijing should "deepen the process of promoting a free trade area in the Asia-Pacific region, facilitate success of the summit in Lima, ensure that the Asia-Pacific Economic Cooperation (APEC) countries make even greater contributions to the economic growth of the Asia-Pacific and the global economy," Xi said during the meeting that was held on the sidelines of the APEC summit in Peru, as quoted by the Chinese Foreign Ministry.

The Chinese leader said that Russia was an important member of APEC, and Moscow and Beijing should strengthen cooperation within the APEC framework.

Peru has been hosting APEC's all-year-round meetings that culminated with the economic leaders' summit in its capital city of Lima, which started on Saturday. During the summit, the leaders of the 21 APEC states are expected to work out a strategic vision and guidelines for economic cooperation in the Asia-Pacific region for 2017.