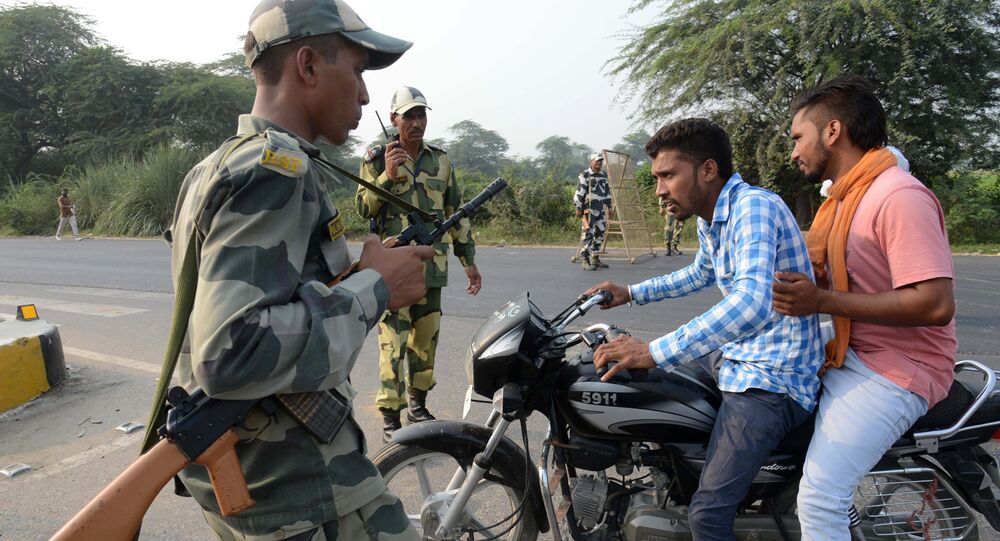 The Pakistan Armed Forces on Saturday violated a ceasefire regime on the country's border with India at the Sunderbani district in the Indian northern state of Jammu and Kashmir, Indian media reported on Saturday.

The media outlet added that the shelling was also reported at the Rajouri district of Jammu and Kashmir.

Despite earlier reports that the attacks had not resulted in casualties, Indian The Tribune newspaper reported that Indian security forces killed an "unidentified militant" in the Pulwama district of Jammu and Kashmir, adding that the killed person could had been a local resident, who had recently joined militants.

Kashmir has been disputed between the two nations since the partition of India in 1947. Islamabad and New Delhi have gone through three wars over the region, but the conflict has not been resolved.

The recent escalation of violence across the India-Pakistan border came after 19 Indian soldiers died as a result of the September 18 attack by armed militants on a base outside of Srinagar, the capital of India-administered Kashmir. The militants had reportedly entered India from Pakistan.

In the wake of the attack, Indian Home Minister Rajnath Singh called for isolation of Pakistan from the international community as a state supporting terrorist groups avoiding direct allegations of Pakistani involvement in the Sunday attack. Islamabad claimed to be not implicated in the attack refuting New Delhi's allegations as unsubstantiated.