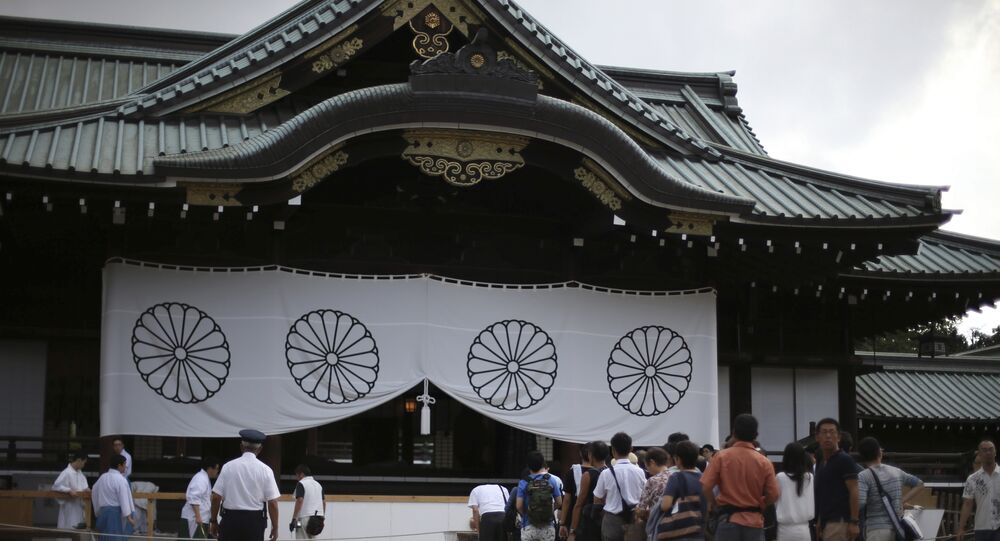 South Korea condemns recent visits of the Japanese officials to the Yasukuni shrine in Tokyo.

"The government [of South Korea] cannot help feeling deep concern and disappointment with the repetition of the pilgrimage and ritual offerings of the political leaders from the government and parliament of Japan to the Yasukuni Shrine, idealizing the Japanese military aggression of the past years," the statement read.

The ministry called on the officials in Tokyo to seek trust of the neighboring states and reconsider its view on history.

The Yasukuni shrine was founded by Emperor Meiji in 1869. It lists about two and half million civilians and government officials who died in wars between 1867 and 1951, as well as about 1,000 war criminals, 14 of which are considered to be A-Class, or those internationally acknowledged to have participated in a joint conspiracy to start and wage war.

Previous visits to the controversial shrine by Japanese officials have sparked protests from China and South Korea in connection with the memories of Japanese occupation and colonialism before and during World War II.