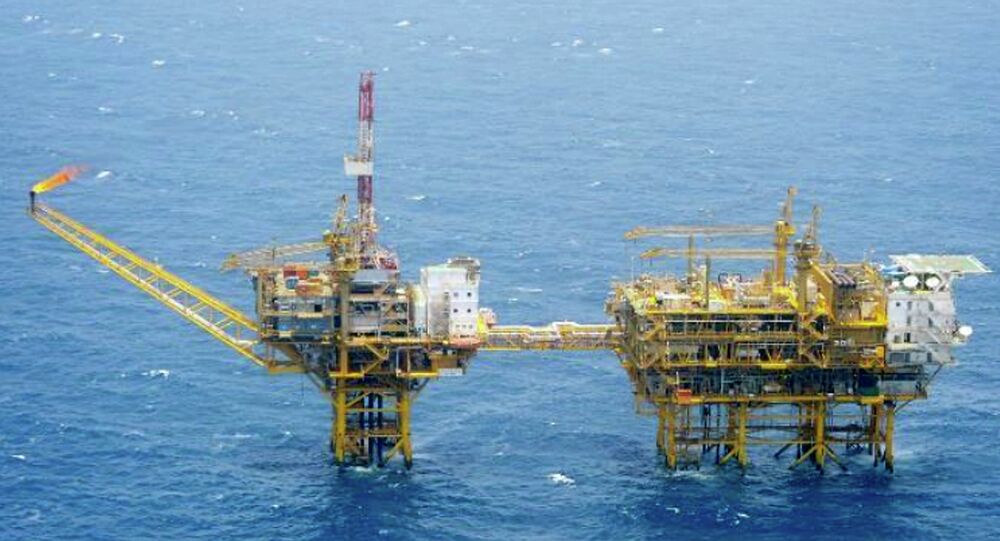 China has refuted a Japanese protest over China’s alleged revival of maritime gas exploration in the East China Sea. According to Beijing, the exploration activities are being conducted “totally within China’s jurisdiction.”

© AFP 2020 / Yoshikazu TSUNO
Japan Lodges Protest to China Over Activities in East China Sea Area - Cabinet Secretary
Earlier on Wednesday, Japan protested to China what it sees as a renewal of maritime gas exploration in the East China Sea. According to Tokyo, flares have been spotted over 2 of 16 above-water exploration platforms set up by China in the East China Sea, where no official boundary between the two states has been drawn.

"It is extremely regrettable that China is proceeding with unilateral development in the area while the boundary between Japan and China in the East China Sea is not yet fixed, despite [our] repeated protests," government spokesman Yoshihide Suga told reporters on Wednesday.

However, the protest has been ignored by the Chinese side.

"They are totally within the scope of China's sovereign rights and jurisdiction," Foreign Ministry spokesman Geng Shuang told a regular news briefing.

© REUTERS / Kyodo
Tokyo to Install Advanced Missiles Near East China Sea’s Contested Islands
According to the Japan Times, all 16 Chinese drilling platforms are located on the Chinese side of a Tokyo-proposed median line that is to separate exclusive economic zones. However, Japan is concerned about the possibility that China will drain resources from the Japanese side of the seabed, as well. Japan regards the exploration activities as a violation of 2008 accord to jointly develop hydrocarbon reserves in the sea. Talks were halted after a maritime accident between Chinese fishing boat and a Japanese coast guard vessel.

Japan and China have long disputed the boundaries of their exclusive economic zones in the East China Sea. China does not recognize the proposed median line and says its EEZ stretches further to the edge of the continental shelf, closer to Japan's Okinawa Prefecture.