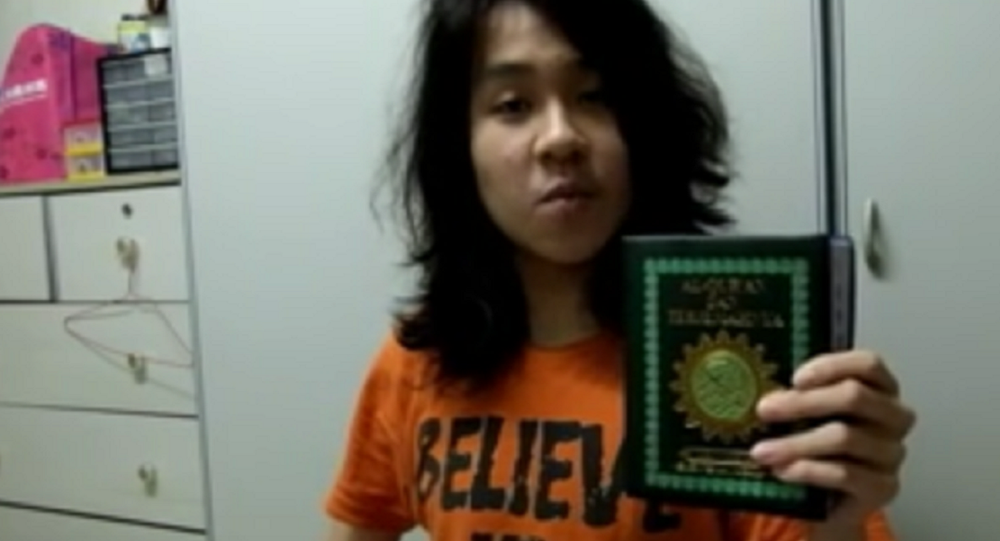 Seventeen-year-old atheist blogger and YouTube personality Amos Yee of Singapore, has been sentenced to six weeks in jail and a $2,000 fine for “intending to wound religious feelings,” just 15 months after receiving an earlier prison sentence for the same crime.

The teen faced two charges of failing to show up at a police station, and six charges for intending to wound the feelings of Muslims and/or Christians, Straits Times reported.

The prosecution argued that though Yee is young, he is aware that his video and photo blog postings are offensive to some.

In one of his videos, he declares, “Muhammad, bless his child f*cking soul,” and discusses the prophets’ child bride.

"This case is about an accused person who, even after a previous brush with the law for a similar offence, deliberately upped the ante by escalating the offensiveness of the material which he created. [Yee] cynically set out to wound religious feelings in order to gain attention for himself, and ultimately to profit financially from such attention,” Deputy Public Prosecutor Hon Yi argued.

"A viewing of his videos, laden with strong language and rife with comments aimed at insulting key aspects of the Christian and Muslim faiths easily bears this out. In sentencing [Yee], this court should send a clear message that acts which impugn the racial and religious harmony of this country will not be tolerated," Hon stated.

© Flickr / Vishvendra Rai
Fearless Iranian Blogger Threatened by Nusra, Vows to Continue Work
Yee’s defense acknowledged that he intended to be provocative, but added that the teen is "deeply remorseful for all his acts" and that nobody has actually come forward to say that their religious feelings have been affected.

"[Yee] admits that his contemptuous and vituperative language that he had used… shows his shallowness of his thoughts in respect of both Christianity and Islam,” Kanagavijayan said.

The judge agreed with the prosecution however, and determined that Yee criminally intended to hurt others’ feelings.

"He has, on several occasions, deliberately elected to do harm by using offensive and insulting words and profane gestures to hurt the feelings of Christians and Muslims. His contemptuous and irreverent remarks have the tendency to generate social unrest and undermine the religious harmony in our society," Principal District Judge Ong Hian Sun said.

"It is therefore in the public interest that such conduct by [Yee] should not be condoned or tolerated by this court."

If Yee fails to pay the fine, he will have to serve an additional 10 days in jail. On the charges of wounding religious feelings, he could have been sentenced to three years imprisonment and fined for each of the six charges.

Yee will begin his sentence October 13.

Blogger Sentenced to Jail Term for Videotaping US Senator's Wife