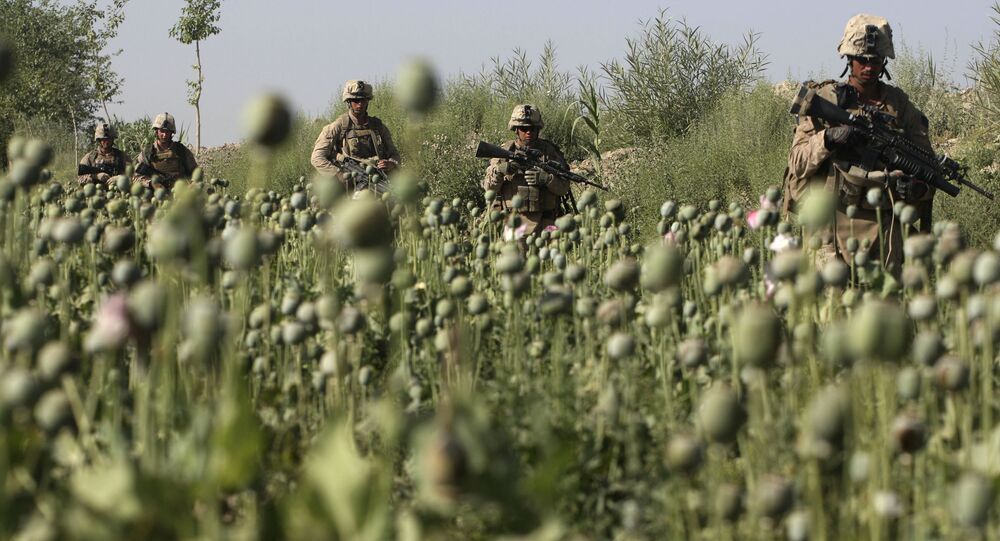 Corruption in Afghanistan Has Become 'Unbeatable Force' Since 2001 US Invasion

The international community and the Afghan government has failed to combat corruption because of a lack of political will, Mohammad Shafiq Hamdam, head of the Afghan Anti-Corruption Network, told Radio Sputnik.

Earlier this week the US government's Special Inspector General for Afghanistan Reconstruction (SIGAR) published a report which highlights the persistence of corruption in Afghanistan following the US invasion in 2001.

The watchdog reported that the High Office of Oversight (HOO), which was set up in July 2008 to combat corrupt practices within the Afghan government, has failed to counter corruption by high-ranking Afghan officials.

HOO was established by the administration of President Hamid Karzai in response to pressure from the US government and the international donor community to combat government corruption.

However, its advisors told SIGAR that "the HOO was never anything more than window dressing designed to keep the international community happy while the government bought more time."

The HOO was supposed to collect asset registration forms and verify the assets of government officials. More often than not, the agency did not collect or verify accurate information about the assets of top Afghan officials, including those of former President Hamid Karzai.

© CC BY 2.0 / The U.S. Army / US Troops in Afghanistan
Level of Terrorism in Afghanistan Increased After US Invasion - Karzai
Mohammad Shafiq Hamdam, writer, political activist and head of the Afghan Anti-Corruption Network, told Radio Sputnik that the amount of corruption in Afghanistan has actually increased over the last 15 years.

"The level of corruption in Afghanistan is very high. There are many reasons, but the principal reason is a lack of political will to tackle corruption within the government and within the international community which is backing the Afghan government," Hamdam said.

Hamdam said that despite a series of international conferences on the development of Afghanistan, the country is still lacking a framework of accountability which could be used to hold the Afghan government to account.

"Afghan development has not met any of the benchmarks or tasks set by the international community to fight corruption and promote transparency," he said.

© AFP 2020 / Noorullah Shirzada
The Global Heroin Epidemic: 90% of World's Supply Still Comes From Afghanistan
Corruption is also one of the reasons for continuing insecurity in Afghanistan, because of links between government leaders and warlords who control illegal poppy cultivation and armed drugs trafficking with south-central Asian countries.

"These warlords and corrupt leaders have been building their empire, and it's something which, unfortunately, I predict is an undefeatable force now," Hamdam said.

Hamdam said that terrorist groups like Daesh and the Taliban are even secondary to the problem of corruption, because Afghan corruption enables them to profit from the cultivation of opium poppies and trade in narcotics, which has increased tenfold in Afghanistan since 2001.

"In the Middle East, in Iraq, the coalition is targeting the (income) sources of ISIL (Daesh), which is oil. But what about the (income) source of al-Qaeda and the Taliban in Afghanistan, which is narcotics and (opium) poppies, and this has grown more than ten times since 2001."