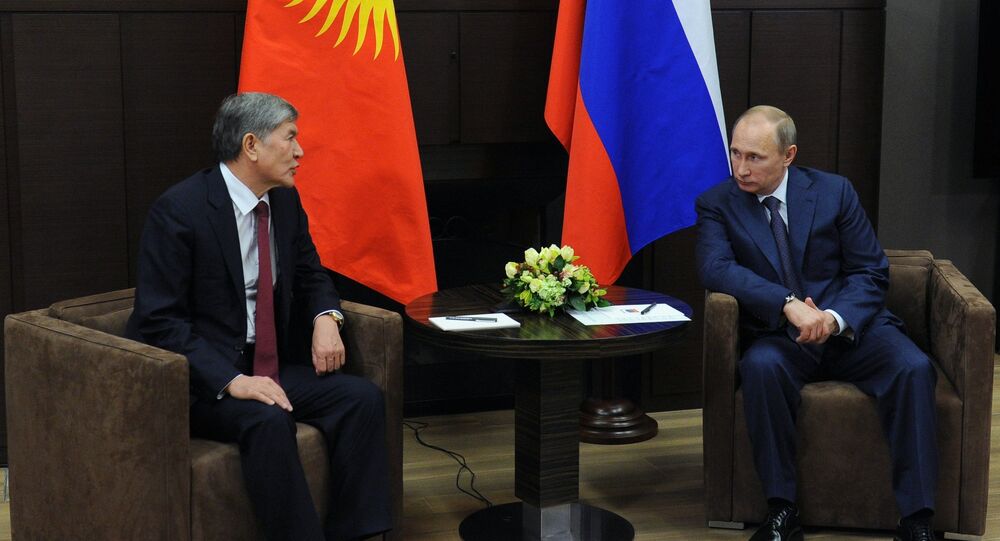 The health condition of President of Kyrgyzstan Almazbek Atambayev is stable, but he remains in Turkey to continue medical treatment, the president's press service said Wednesday.

© Sputnik / Grigoriy Sisoev
Kyrgyz President Cancels Trip to UN General Assembly Due to Health Problems
BISHKEK (Sputnik) — On Tuesday, Atambayev's press service said that the head of state was on a short-term vacation for medical examinations in Turkey and planned to return to work on October 1.

"The president's health condition is stable. He has already delivered a statement," a presidential spokesperson told RIA Novosti.

Earlier in the day, Atambayev approved the draft project on the amendments to the Constitution and called on the parliament to submit it to a national referendum, according to his press service.