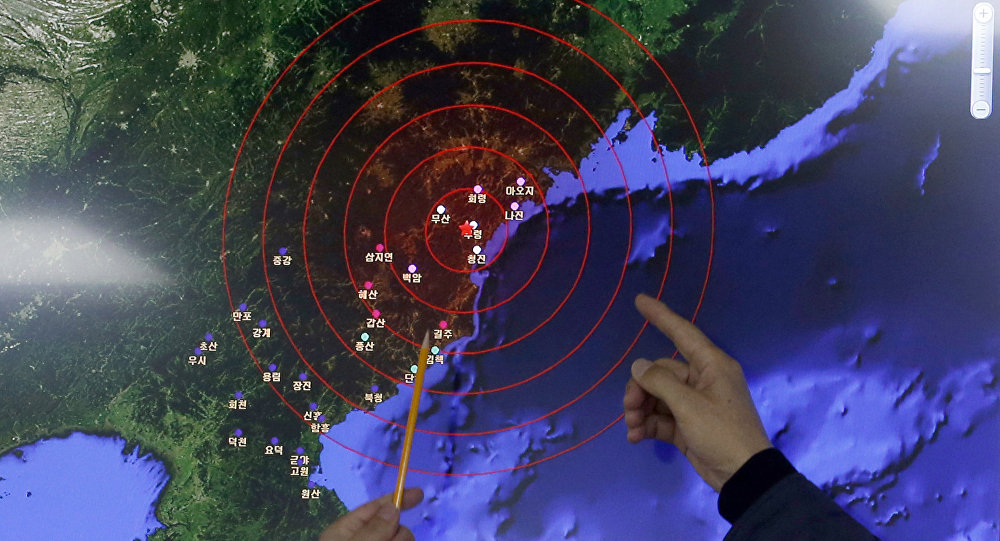 A 5.3 magnitude earthquake has been reported in North Korea, according to the United States Geological Survey. The incident occurred near nuclear test sites, raising speculation that Pyongyang has conducted new tests.

The seismic activity, also confirmed by a European monitoring agency, comes amid speculation that the DPRK was preparing for a fifth nuclear test. A South Korean government source said that it sees a "high possibility" that the DPRK has conducted its latest underground nuclear test, according to Yonhap news agency, which described it as an "artificial quake."

"Possible explosion, located near the location where North Korea has detonated nuclear explosions in the past. If this is indeed an explosion, the USGS National Earthquake Information Center cannot determine what type of explosion it may be, whether nuclear or any other possible type," USGS said.

The China Earthquake Networks Center said the epicenter of the quake was detected at an altitude of 0 kilometers.

The earthquake was detected near a location where the DPRK's fourth nuclear test occurred in January.

Radiation monitoring posts in Russia’s Far East have not detected any excess radiation after the seismic event, a Far East representative of the Russian Emergencies Ministry told RIA Novosti.

"The radiation control systems did not record any excess background radiation," the representative said on Friday morning.

The United States is aware of the seismic event and is coordinating with its partners in the region, National Security Council Spokesperson Ned Price told RIA Novosti.

"We are aware of seismic activity on the Korean Peninsula in the vicinity of a known North Korean nuclear test site. We are monitoring and continuing to assess the situation in close coordination with our regional partners," Price said.

Pyongyang has conducted a series of nuclear and ballistic missile tests since January, resulting in harsh new sanctions being implemented by the UN Security Council.

"Assuming the current rate of development, while North Korea still faces significant technological challenges including building a new class of submarine to carry the missile, it is on track to develop the capability to strike targets in the region — including Japan — by 2020," reads a recent report by the US Korea Institute at the Paul H. Nitze School of Advanced International Studies at John Hopkins University.