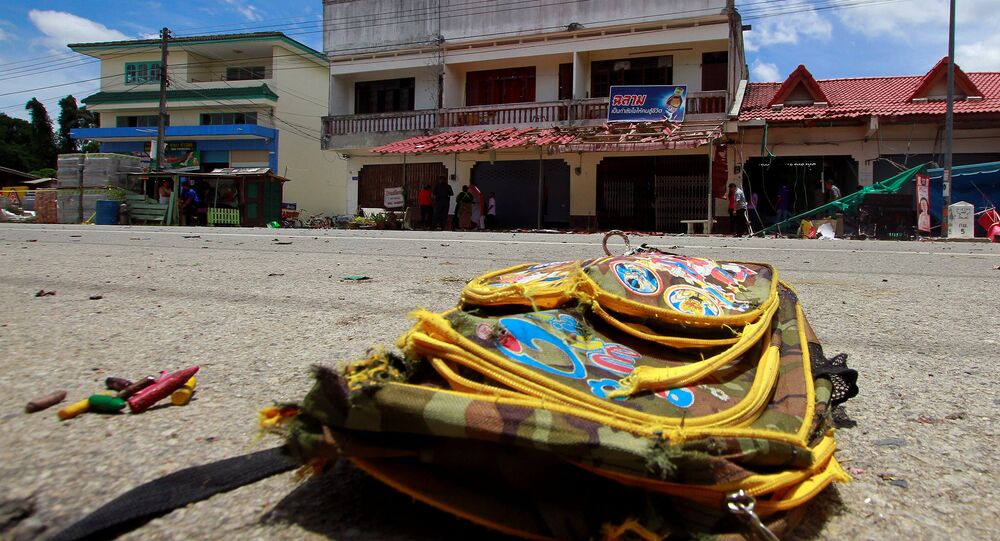 On August 23, a car bomb explosion outside a hotel in Pattani, in the southern Thai province of the same name, killed one and wounded 29.

​Earlier in August, a series of blasts rocked southern provinces of Thailand, claiming the lives of four people and leaving 35, including 10 tourists, injured. The cost of the damage caused is estimated at some $3.5 million.

In 2004, a conflict started in the south of Thailand, which borders Malaysia. The Muslim population of the provinces of Yala, Pattani and Narathiwat have been striving for independence from predominantly Buddhist Thailand, and the creation of an independent state with a Muslim majority, or joining Malaysia.