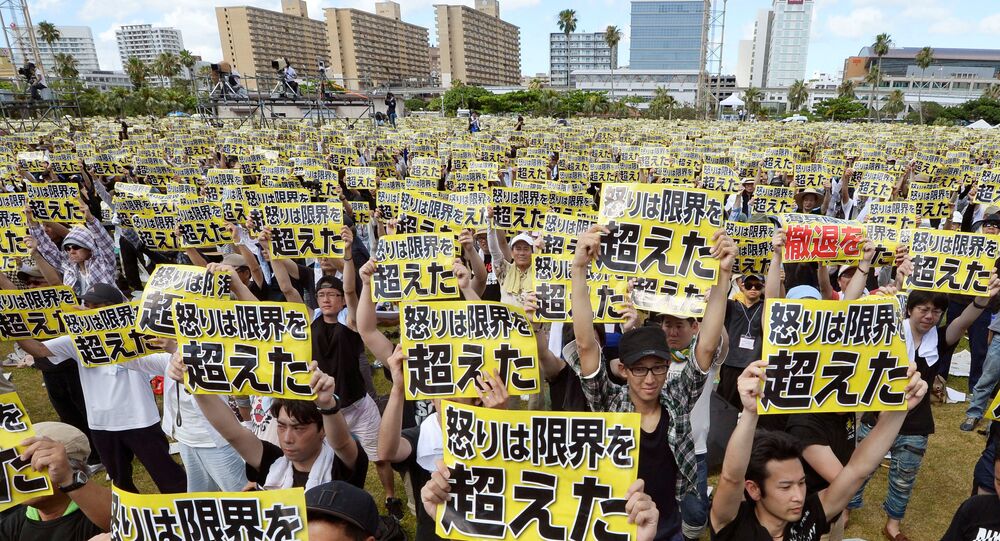 US Marine Arrested For Trying to Enter Okinawa Woman’s Apartment

A US Marine was arrested Tuesday on the Japanese island of Okinawa for attempting to illegally enter the home of a woman who lives near a United States military base.

Local police reported that 26-year-old Isaac Edward Harkless was taken into custody on suspicion of trying to gain access to a woman’s second-floor apartment, located in Uruma, a village close to Camp Courtney, where Harkless is stationed.

Police arrived after the woman, 45, called police around 5:20 PM local time Tuesday, claiming someone was trying to open her locked apartment door. They found Harkless standing in an area outside the apartment. Investigators say he refused to answer any questions.

The arrest comes on the heels of several instances of criminal sexual assault and murder by US servicemen stationed on the Japanese island, inciting residents to claim that the American military as a form of foreign occupation and seek their ouster.

A 2014 report from the Rand Corporation and the US Department of Defense stated the Marines had the highest rate of sexual assault against women of any US military branch. The figure was 20 percent higher than that of the US Navy, which had the next highest percentage. Over the past few years the Marines have claimed that they have spent some $16 million on teaching ethical and legal standards as well as sexual assault prevention.

‘Staggering’: US Navy Kills Millions of Marine Mammals Without Penalty