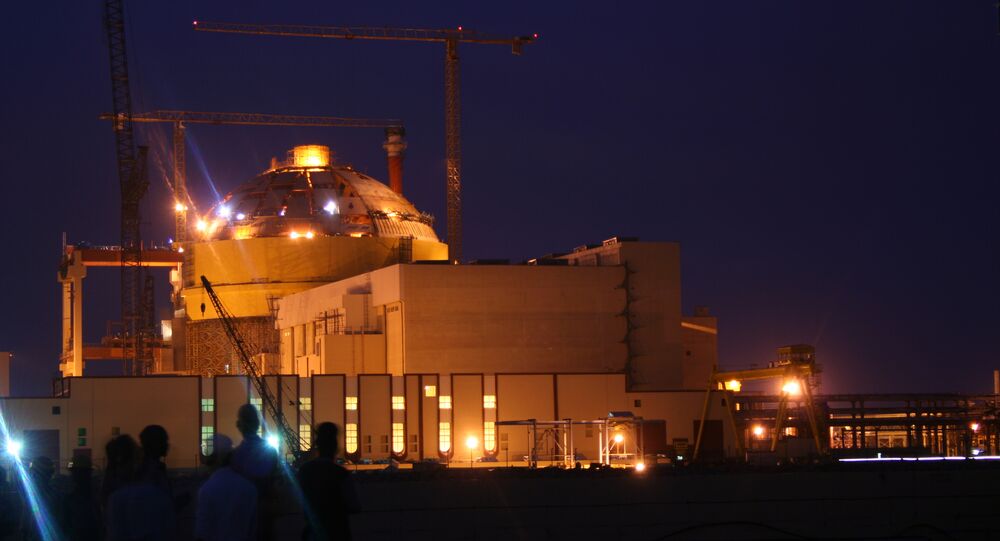 The second unit at Kudankulam Nuclear Plant will eventually add 1,000 MWe of electricity to the southern grid, bringing the total amount of power generated by the country's nuclear facilities to 6,780 MWe.

© AP Photo
Pakistan Ready to Work Out Bilateral Agreement on Nuclear Test Ban With India
New Delhi (Sputnik) — The second unit of the Kudankulam Nuclear Power Project (KKNPP2) has started transmitting 100 MWe of power to India’s southern grid. Sources told Sputnik that the unit that was synchronized with the power grid at 11.17 am on Monday and that power generation is expected to be gradually increased to 400MWe within 30 to 45 days in incremental steps. In subsequent stages, after procedural and regulatory requirements are addressed, the plant will operate at 50%, 75%, 90% and finally 100% of planned capacity.

Earlier this month, India’s Atomic Energy Regulatory Board approved of increasing the power supply from the second unit.

KKNPP2 is the country's 22nd nuclear power reactor unit, and its second Pressurized Water Reactor (a type of Light Water Reactor). The KKNPP units in Kudankulam in Tamilnadu are VVER-1,000 type reactors, and were installed in India with technical support from Russia.

KKNPP Unit 2 will add 1,000 MWe of electricity to the southern grid, bringing the total amount f nuclear energy generated in the country to 6,780 MWe. The Kudankulam units are the country's most powerful reactors.

Despite having a population which rivals that of China, India generates less than one fourth of the electricity produced by its neighbor, according to a report produced by the energy giant BP. Nevertheless, the country nearly doubled electricity production between 2004 and 2014, and the number of residents with access to power rose from 50.9 percent in 1990 to 78.7 percent in 2012, World Bank statistics reveal.

According to the Washington Post, the Indian government has launched an ambitious project to supply 24-hour power to its towns and villages by 2022. On August 10, India’s Prime Minister Narendra Modi said five more 1,000 MW units would be built at Kudankulam with Russian assistance.