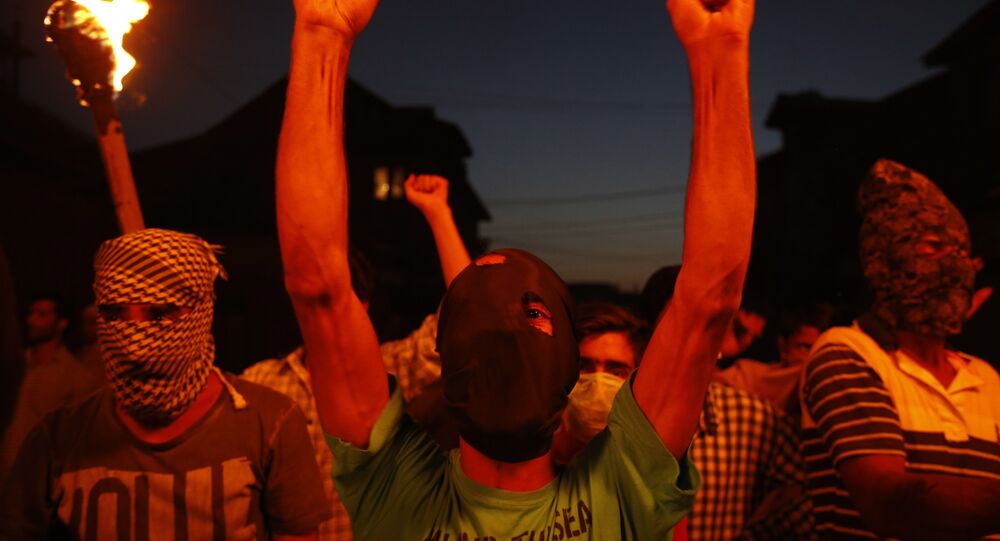 The death of a popular rebel leader six weeks ago has spurred Kashmiris to take to the streets in protest of the Indian ruling government.

In the wake of a government attack on unarmed protestors that left five dead and scores injured, the Indian government held a high level security review meeting chaired by Home Minister Rajnath Singh, according to Sputnik sources.

© AP Photo / Channi Anand
War of Words Between India and Pakistan Heats Up Over Kashmir
Sources told Sputnik that the Home Minister and other top officials discussed how to put an end to the growing protests and blamed Pakistan for stoking tensions in the region.

Kashmir has been under strict curfew for several weeks, however, protestors have paid little attention to the warning, taking the to streets on almost a daily basis against the Indian government.

The incident comes amid growing anti-Indian protests and escalating violence in the disputed region. On Tuesday, deadly clashes between police and protesters continued, with the death toll rising to 64.

War of Words Between India and Pakistan Heats Up Over Kashmir