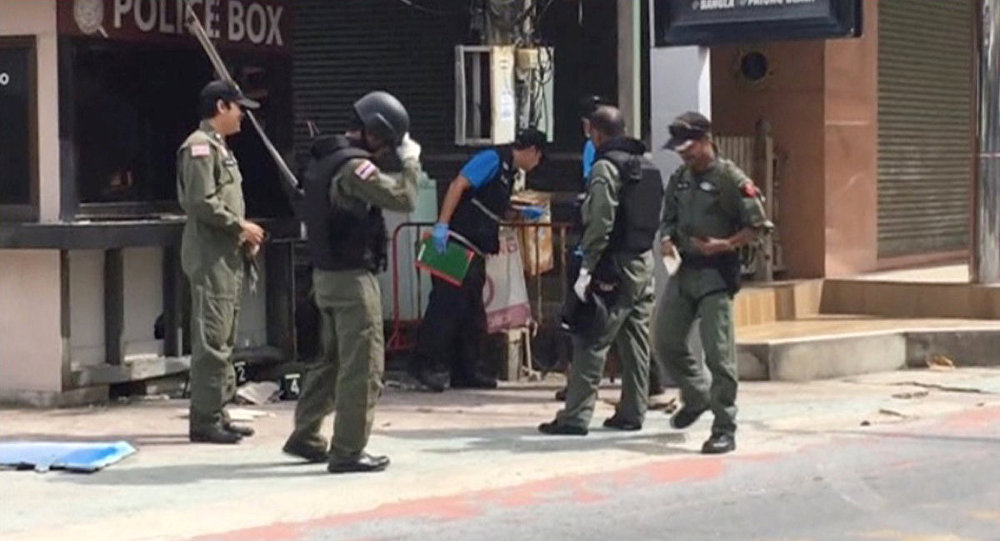 Southern Thailand Rocked by New Chain of Explosions, No Injuries 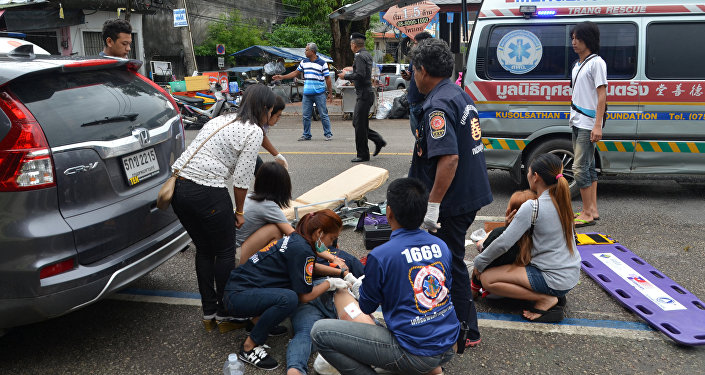 © REUTERS / Dailynews
First Suspects Detained in Connection With Thailand Explosions - Police
BANGKOK (Sputnik) – According to the local Channel 3 broadcaster, no casualties have been reported following the incidents.

On Thursday and early Friday, two series of blasts shook the Hua Hin resort in southern Thailand killing at least two people and injuring 28 others. Two other blasts occurred in the southern Thai city of Surat Thani, and two more struck the Phuket Island on Friday during a celebration of Thai Queen Sirikit's birthday. Two more blasts were reported in Thailand’s Phang Nga Province.

In the wake of the blasts, Thai Prime Minister Prayut Chan-o-cha ordered the tightening of security in cities and crowded public places in the country, especially in tourist areas. On Friday, authorities blocked highways and railways leading to Hua Hin.

In 2004, a conflict started in the south of Thailand, which borders Malaysia. The Muslim population of the provinces of Yala, Pattani and Narathiwat have been striving for independence from predominantly Buddhist Thailand, and the creation of an independent state with Muslim majority, or joining Malaysia.