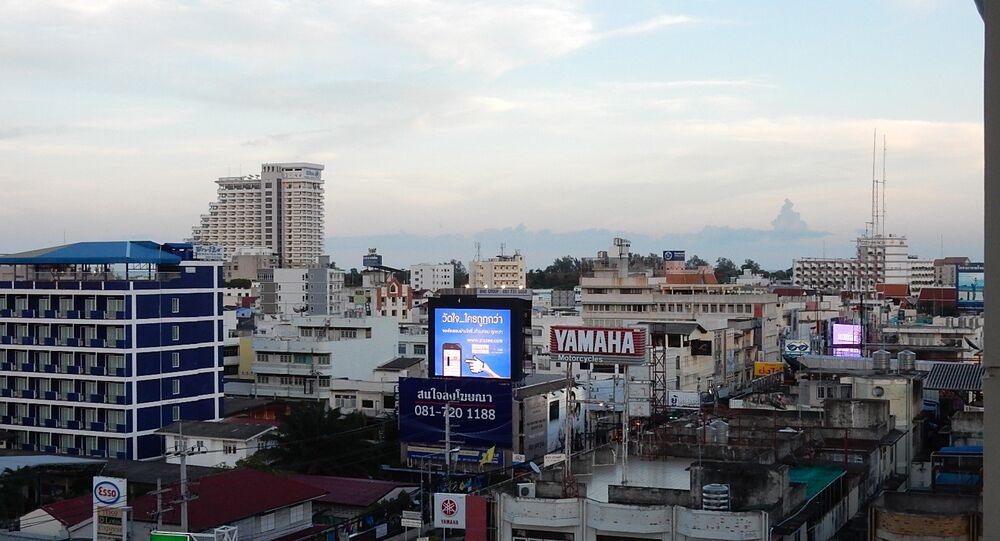 Two explosions rocked the Thai resort of Hua Hin. One person has been confirmed dead, according to police, with another 23 injured, including foreign tourists.

The blasts were caused by two bombs that were hidden in plant pots that were located roughly 164 feet apart. The bombs are said to have been detonated within about half an hour of each other by mobile phones. However, some reports suggested that motorbike explosions took place.

#Thailand #HuaHin — Police said the bombs were hidden in plant pots and were detonated by mobile phones.

No group has claimed responsibility for the blasts.

#Thailand #HuaHin — The place where the explosions took place is a popular resort for Brits.

#Thailand #HuaHin — The bombs were placed 50 meters apart and exploded with an interval of 30 minutes.

Police continue to investigate the attack. The identity and motive of the bombers remain unknown, though authorities believe the explosions may have been related to a local dispute.

Hua Hin is a Thai town located in the country's south, on the Gulf of Thailand and some 200km from the country's capital of Bangkok.

Earlier in the day, a bomb attack took place in the southern Thai city of Trang.

At Least 8 People Injured in Bomb Attack in Southern Thailand