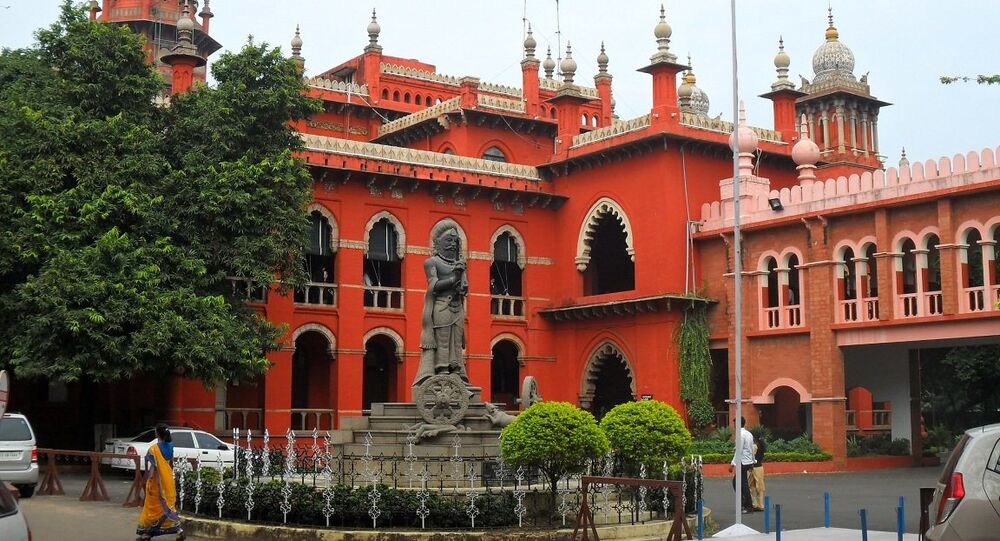 In a rare decision, the Madras High Court became the guardian of a rich disabled man who is allegedly facing threats from his own wife.

© AFP 2020 / NARINDER NANU
Indian Rail Song: Indian Railway Launches ‘Rail Song’ To Create Patriotic Fervor
New Delhi (Sputnik) – Justice P. N. Prakash of the Madras High Court has ruled that the court will become the legal guardian of a rich, parent-less hearing and speech-impaired man who was allegedly abducted by his former wife, who had married him again without his consent. She had married the disabled man, Manoj Rajan, for his money and sold a large part of his property on the day of her marriage.

Justice Prakash delivered his order following the doctrine of ‘loco parentis’ in this case due to the man's life being threatened.

‘Loco parentis’ is a Latin term meaning ‘in place of a parent’. In India, a person or organization can become the legal guardian of someone who isn't able to take care of himself or herself.

The petition was filed by Rudolf Stanley Pinto, a relative of Manoj, and Ananthan,  a chartered accountant. They have been the guardians of the disabled person ever since his father died.

Manoj Rajan was born with a congenital speech and hearing disorder and mental disabilities. He was married to a girl named Priya Darshini but they later divorced. However, she attempted to become Manoj's legal guardian after his father's death with the sole purpose of plundering the wealth he'd inherited.

When Priya failed to get custody of Manoj officially, she kidnapped him and forced his hand in marriage in front of a pastor in Chennai.

While delivering his decision, Justice Prakash mentioned that the state had failed Manoj at several stages. The Gudalur Police did not register him as being abducted. Furthermore, the pastor conducted the second marriage without following any rules, and a sub-registrar allowed the sale of the property.

The Madras High Court, however, ruled that all of Manoj's property would be kept safe. As per the directions of the court, Manoj has been shifted to a home for people with disabilities near Madurai and the local police have been asked to provide him with security.