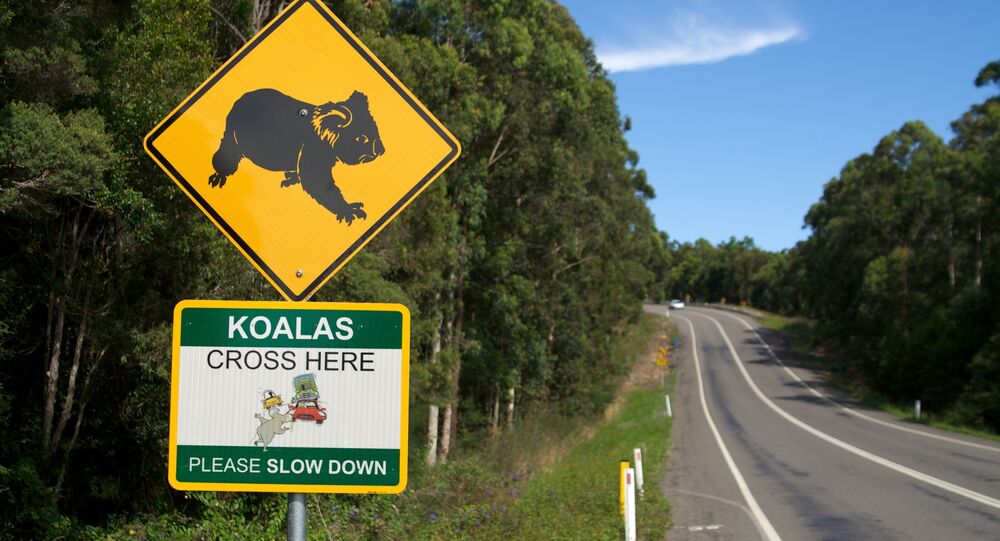 Aussie Researchers Prove Koalas Are Smarter Than You Think

Can you teach a koala new tricks? Yes, you can, as researchers from the Griffith University in Australia found out. Koalas appeared to be clever enough to adapt to experimental crossings and tunnels built across roadways for the safety of wildlife.

The population of Australia's native bears is on the verge of extinction in Queensland, which has prompted authorities to take measures to keep them safe as long as habitat destruction caused by urbanization poses a threat to their existence.

The scientists were originally skeptical about the structures' efficiency and expected the animals to take quite a while to get used to them. To the researchers' great surprise, it took the koalas three weeks to start using the passages. "Can you teach koalas new tricks? You can, that's the point," Griffith University professor of environmental ecology Darryl Jones said in a statement on Tuesday. "I was the first skeptical person to say they're not that smart."

Interestingly, aboriginal tribes in Queensland regarded the koala as a wise animal and sought its advice, according to the Australian Koala Foundation.

© Photo : Youtube/ Ebony Churchill
Furry and Furious: Koala Chases Australian Farmer
The research was funded by the Queensland Department of Transport and Main Roads, which was responsible for the structures. The crossings and tunnels were implemented across southeast Queensland as part of a state government program to stop koalas from becoming road kill.

The team comprehensively monitored 130 manmade koala passages over a 30-month period using a range of technologies which allowed them to gather more information than any previous study. Camera traps, audio radio transmitters and microchips were used to monitor whether koalas passed through the crossing and to pinpoint the exact time individual animals entered and left the tunnel.

"This is all about trying to make absolutely sure that koalas are using some of the structures we've put out for them to get safely under roads," Professor Jones explained. "Knowing how they do that is really difficult. You can get photos but you don't know if it's the same animal each time."

The findings, published by the Commonwealth Scientific and Industrial Research Organization (CSIRO) on July 26, will be essential in providing road authorities with recommendations to the design and placement of crossing structures.

Crybaby Koala Throws a Tantrum After Getting Evicted